How Patents Are Becoming an Asset Class You Can Trade 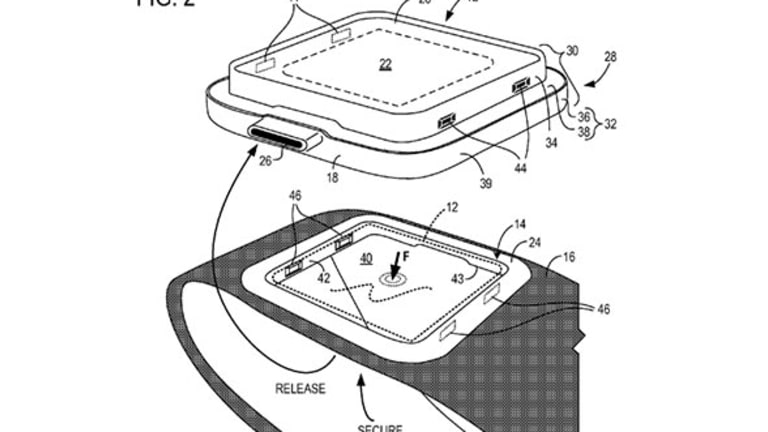 If necessity is the mother of invention, then a patent is its birth certificate. But patents aren’t just an idea’s official welcome to the world. They are a license to sell (and sue) — as well as to trade and invest. Patents are becoming an asset class.

Just Because You Can’t See It…

Patents are tough to spot on a balance sheet. They are usually booked and grouped as a “non-current” or “intangible asset,” and sometimes as “good will,” so it’s difficult for shareholders to work out the exact value of a company’s patents. But these intangible assets can be the source of significant value for a corporation. Patents can be leveraged to generate revenue, acquire new customers, and even sold in the case of bankruptcies. Notably, 75% of the value of publicly listed U.S. companies comes from intangible assets, a jump from 40% in the 1980s. Though U.S. companies held patents worth $2 trillion in 2010, researchers have found that firms are underutilizing $1 trillion worth of patents.

Large technology firms are looking to buy, sell, and trade patents — and sometimes even fight over them. Apple (AAPL) and Samsung (SSNLF) were involved in a billion-dollar patent lawsuit. Microsoft (MSFT) sold Facebook (FB) 650 patents for $550 million in 2012. AOL (AOL) sold $1 billion in patents to Microsoft in the same year. Sony (SNE) and other tech giants combined to buy Nortel Network‘s patents for $4.5 billion.

Where there are deals, there are bankers. Some $19 billion in patent deals were executed in 2012, up from $450 million in 2011. Lazard (LAZ), an investment advisory firm, participated in the Nortel transaction. Goldman Sachs (GS) and Evercore (EVR)  worked on the AOL sale. Patent deals comprised some 20% of Evercore’s technology business in 2012. And 75% of patent deals involve a broker, which collect 10% to 25% in fees.

Can I Buy One?

The secondary market for patents is mostly comprised of institutions. Patent assertion firms or “patent trolls” buy patents in order to license them to others — or to sue those who are infringing on their newly-acquired patents. Some of these companies are publicly listed. Defensive aggregators gather patents to protect their funders from litigation.

But retail investors can also participate. Idea Buyer and Patent Auction are websites that facilitate the buying and selling of patents. But they haven’t gained significant traction because patents are complex and most people don’t know how to value them. It’s difficult to know the “comps” of a patent, the value of similar patents in the marketplace.

Some start-ups are using big data and powerful algorithms to solve the problem of valuation. Lex Machina catalogues patent litigation trends, which could be used to determine the peer group of a patent.

Patents can be leveraged to access capital. IP financing, using intellectual property to obtain capital or credit, is a noteworthy phenomenon: Chinese firms leveraged their patents to the tune of $4 billion of credit in 2013. Singapore is even looking to guarantee loans backed by intellectual property. Hedge funds are getting into the game too: Andrea Electronics used its patents as collateral when securing a loan from one fund. The company also agreed to pay the fund a portion of the revenues derived from its patents.

Given there are numerous ways to monetize IP, the next time you have a crazy idea — you ought to patent it. You just might find a buyer — or a trader.\

Kabir Sehgal is the author of New York Times bestseller Coined: The Rich Life of Money And How Its History Has Shaped Us. He is a former vice president at J.P. Morgan and a Grammy-winning producer. Follow him on Twitter @kabirsehgal