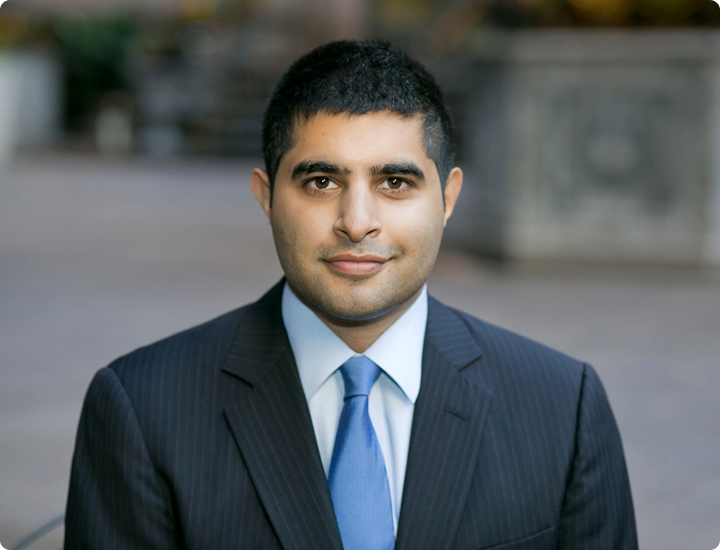 Previously, he worked in corporate strategy at First Data Corporation, a global payments technology firm, which completed the largest IPO on the New York Stock Exchange in 2015.

He was also a vice president in emerging market equities at J.P. Morgan and traveled to over twenty-five developing countries to generate investment advice for institutional investors. He helped place the Alibaba IPO, the largest in history. He began his career by founding an online educational network.

He is the New York Times and Wall Street Journal bestselling author of 18 books including seven non-fiction books, Coined, Jazzocracy, Fandango at the Wall, Walk in My Shoes (with Andrew Young), Carry On (with John Lewis), Legion of Peace (with Muhammad Yunus, Monica Yunus, Camille Zamora), Close the Loop (with Raghbir Sehgal); ten children’s books (all with Surishtha Sehgal), A Bucket of Blessings, The Wheels on the Tuk Tuk, Festival of Colors, Thread of Love, P is for Poppadoms, Mother Goose Goes to India, It’s Diwali!, Hello, India!; and a poetry book, Home (with Deepak Chopra).

He wrote “Why You Should Have (at Least) Two Careers,” which Harvard Business Review named one of the 30 most influential articles in its 100-year history.

Sehgal has won seven Grammy & five Latin Grammy Awards as a record producer. He has produced over 80 albums. Some of his recognized productions include American Dreamers by John Daversa Big Band featuring DACA Artists; Presidential Suite by Ted Nash; Cuba: The Conversation Continues by Arturo O’Farrill; Carry On: Reflections for a New Generation from John Lewis narrated by Don Cheadle.

He is also a jazz bassist, composer, and librettist who wrote Angela’s Ring: An Opera Revue of the European Debt Crisis. He produced & performed on Regina Carter’s Swing States (feat. Jon Batiste and Harvey Mason).

Sehgal has released five albums as an artist with Deepak Chopra & Paul Avgerinos:
(1) Home: Where Everyone Is Welcome, (2) Meditations on the Seven Spiritual Laws of Success, (3) Spiritual Warrior, (4) Spiritual Warrior Workout, (5) Welcome Home.

Sehgal co-founded an arts non-profit organization that merged with the Afro Latin Jazz Alliance. During the 2020 pandemic, he hosted the nightly Quarantine Series featuring musicians in 100 concerts over 77 consecutive days.

Sehgal is the executive producer, producer, and co-writer of HBO’s Fandango at the Wall a feature documentary that explores immigration between the US and Mexico through son jarocho music from Veracruz. The film is an official selection of the Atlanta Film Festival, Cleveland International Film Fest, Cinequest, and more.

He is the director and producer of Close the Loop, a feature documentary about his father. The film screened on opening night of the Atlanta Film Festival at the Carter Center.

Sehgal is a US Navy veteran and reserve officer who served on active duty with special operations in the Middle East, and he received the Defense Meritorious Service Medal. He served as a speechwriter on a presidential campaign.

He serves on the Advisory Council of NYU’s Center for Business and Human Rights. He was selected as a Young Global Leader by the World Economic Forum and the French-American Foundation.

Sehgal is a graduate of Dartmouth College and the London School of Economics.

He is an Atlanta Braves fan.