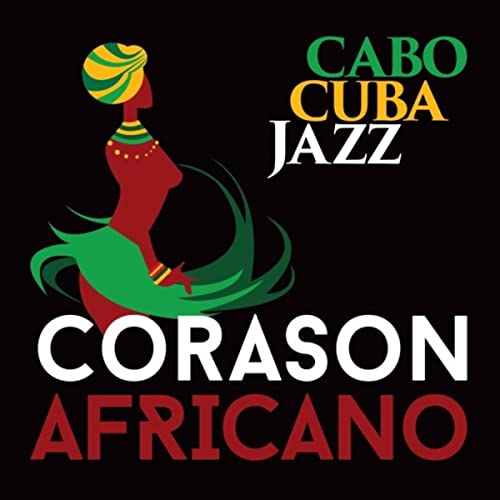 CaboCubaJazz is one of the most ingenious musical fusion concepts ever conceived, combining Cape Verdean melodies with Cuban rhythms–and vice versa–to produce a unique style that nevertheless feels organic and gratifyingly familiar. The group is the brainchild of Dutch-born producer, arranger, and world-renowned percussionist Nils Fischer and Cape Verdean piano virtuoso Carlos Matos, and features an all-star lineup of vocal and instrumental talent from all points of the compass.

Corason Africano is CabCubaJazz’s second recording, and through the twelve breathless tracks on this album the listener can feel the lingering influence of the African musical diaspora that gave birth to jazz and its many related styles. Drawing melodic and rhythmic inspiration from Senegal to Cape Verde and across the Atlantic to Cuba, Corason Africano vividly conjures up the emotional essence of each of its distinct cultural components while reveling in their commonalities.

Some of the songs lean more heavily toward one side of the album’s stylistic spectrum, like the predominantly Cuban Tchinchirote Na Figueira and the classically Senegalese title track, yet the entire album in infused with a multi-ethnic musical sensibility, confronting the close listener with such pleasant dilemmas as deciding whether Djarfogo is Cape Verdean with a contemporary jazz soul, or the other way around. But at the same time, there’s no need to analyze Corason Africano—you can just listen to it for the remarkable musical celebration that it is. If you want to dance, there’s the irresistible beat of Bran Bran Imigracon; if you want to kick back and stare off into space to a smoky ballad, there’s Seis One Tarrafal. Whatever you need, it’s here. Just listen.