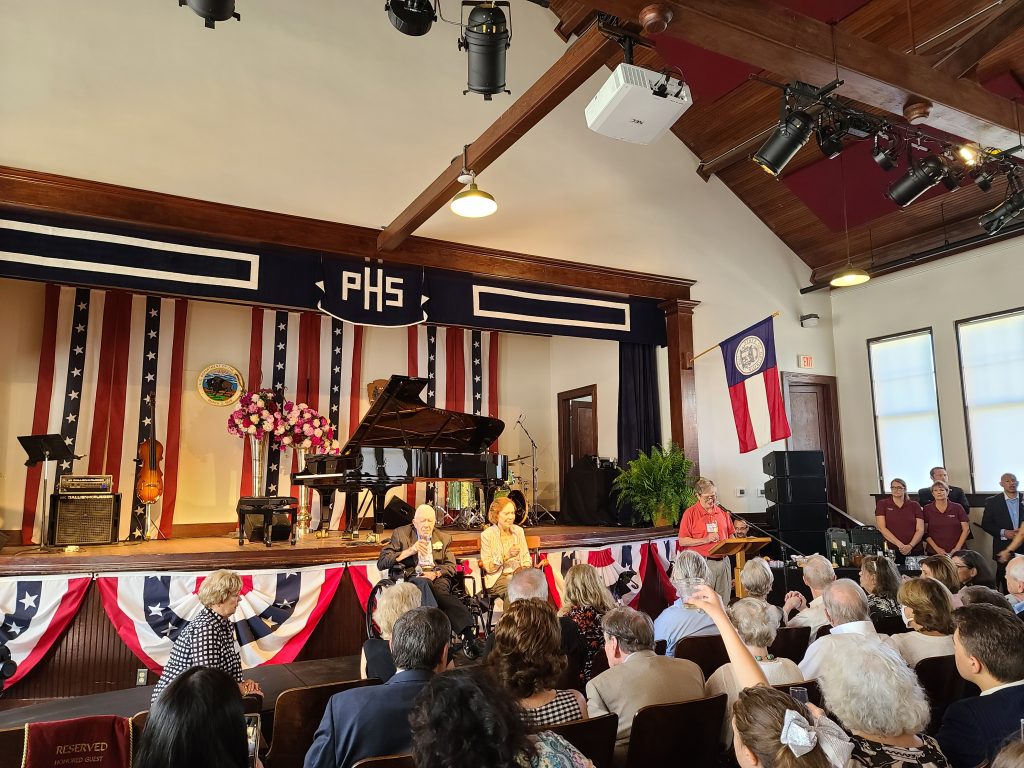 They were out of grilled pimento cheese sandwiches at Buffalo Cafe. And there was a line out the door. Plains, Georgia, a town of 640 people was abuzz last weekend because it was President Jimmy & Rosalynn Carter’s 75th Wedding Anniversary. Friends, family members, colleagues, and associates came from all over to attend. The Carters are the longest married couple in the history of the presidency.

Just weeks earlier, I was in Plains with the Carters at their home. My father, R.K. Sehgal, has known President Carter for sixty years. He recounts the story of meeting Carter’s mother, Lillian Carter at Auburn University in his book Close the Loop. 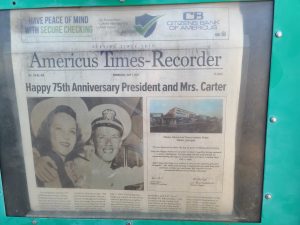 My family and I made the three hour trek from Atlanta — a pilgrimage — to celebrate this auspicious occasion which took place at Plains High School (now a National Historical Park), which Jimmy & Rosalynn attended. Visitors parked in the grassy fields and were whisked via golf carts, past a press gaggle. Visitors had name badges with designated room numbers in which they were supposed to sequester but attendees ambled about – so many longtime friends who hadn’t seen each other, in some cases, in years. 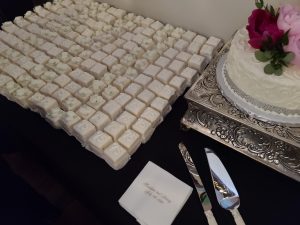 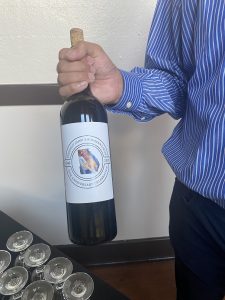 The Carters entered in the auditorium where I happened to be standing. I greeted him and asked what was the secret to his marriage. “Be a good listener,” he said. Rosalynn smiled gracefully and agreed. “Let each other have space.”

The ceremonies began with a champagne toast. President Carter and Rosalynn Carter sat in wood chairs that were specially engraved for the event. “To my wife Rosalynn, I want to express a particular gratitude for being the right woman that I chose for my wife,” he said. Rosalynn said she used to avoid boys and told her mom to tell them she was out of the house when they came calling. “And then along came Jimmy Carter and my life has been an adventure ever since,” she said.

Chip Carter, Jimmy & Rosalyn Carter’s son, acted as an emcee and gave a toast. He wondered whether to thank his parents for the big decisions like having children. Or inviting Willie Nelson over to the White House (Chip notoriously smoked weed with Nelson). Chip recognized all the dignitaries, yet he asked one group, besides his extended family, to stand: a group of fly fishers who travel with the Carters on an annual expedition.

Pianist David Osborne provided the entertainment, beginning his set with “Fly Me to the Moon” which was sung by drummer/vocalist Paul Stubblefield (who contracted COVID in 2020 and has since recovered). Osborne performed an Andrew Lloyd Webber medley which had the audience nodding their heads. He took suggestions from the crowd such as “Imagine” and “Jolene.” He didn’t seem to know “Midnight Train to Georgia,” which was requested by Pelosi.

I once heard someone say that there’s never been a couple — in the history of the world — that’s created & represented so much good for others. I believe it.