How to Invest in 3 Southeast Asian Nations: Indonesia, Philippines, Malaysia 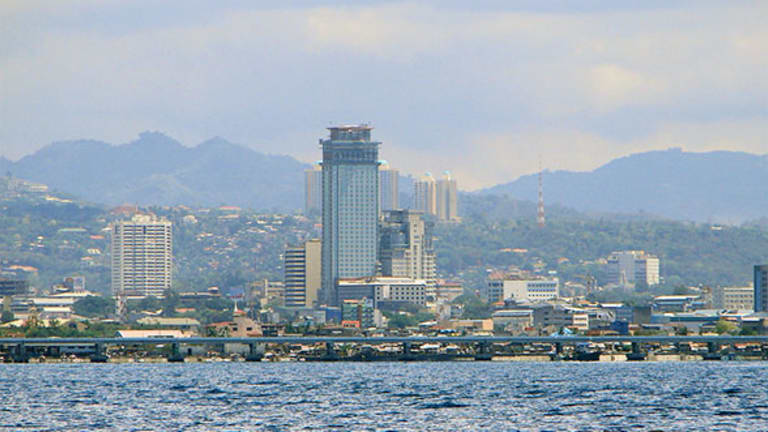 Given the attention global investors and financial media put on China, it can be easy to forget that there are other emerging markets in Asia in which to invest. There are many opportunities in Southeast Asia, in the 10 countries that are part of the Association of Southeast Asian Nations. Together, these nations have a population greater than 600 million. For investing purposes, let’s focus on three nations that are in the MSCI Emerging Markets Index.

Philippines — Now Is the Time

A darling of the emerging-market investor community, the Philippines is experiencing accelerating growth, with GDP at 5.6% in the second quarter of this year. The country is still early in the credit cycle, and banks are providing rudimentary services to many who have never had a bank account before. Inflation is modest, interest rates are low, and business sentiment is encouraging. Its market (down 7% so far this year) has been more resilient than the ASEAN region as a whole (down 27%), and even the MSCI EM index (down 21% year to date). To gain exposure to this market, consider an exchange-traded fund that tracks the country, such as the iShares MSCI Philippines Investable (EPHE) , or Globe Telecom (GTMEF) (GLO:PM), a Philippines company that has experienced healthy earnings momentum.

Even though institutional investors have a consensus bearish view, now may be the time to invest in Indonesia. The bearish view is partly informed by the China-induced market selloff that led to a 10% drop in Indonesia’s currency. But the country’s exports have become more competitive, and its current account deficit has narrowed considerably. Inflation is under control, and Bank Indonesia, the country’s central bank, is considering cutting interest rates, which could boost the market. The government is moving ahead with its five-year plan to invest more than $430 billion in infrastructure, and Wijaya Karya (WIKA:IJ) an engineering and construction company, stands to benefit. Or you could invest in an Indonesian ETF, such as the iShares MSCI Indonesia ETF (EIDO).

As the only exporter of oil in the region, Malaysia has experienced an economic slowdown on plunging oil prices. The country’s current account surplus has been reduced. The weakening of the economy may lead to more nonperforming loans, which would negatively affect the financial services sector. In addition, global investors may grow wary of the growing political risk in Malaysia. The central bank is investigating whether the prime minister was involved in illegal money transfers. But if you believe that the prices of commodities eventually will increase, consider investing in Petronas Gas (PNAGF) (PTG:MK), an energy company that operates the country’s only liquefied natural gas regasification facility. Because of its healthy balance sheet, it’s also possible that the company will increase its dividend. You can also always invest in a Malaysian ETF, such as the iShares MSCI Malaysia Index Fund (EWM).