Fandango at the Wall 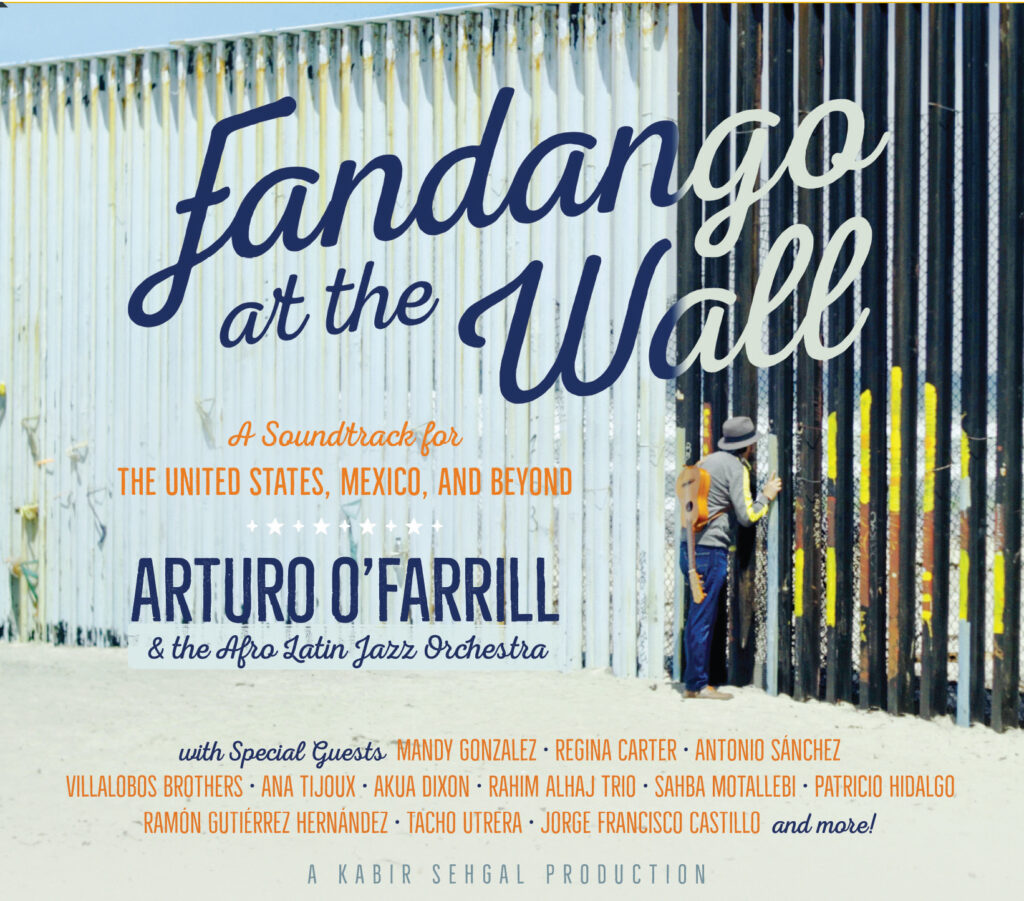 The diplomatic relationship between the United States and Mexico has soured considerably in the last few years. When the US President launched his campaign in 2015 with a speech that blamed Mexicans, he tore off the scabs of what was already a fraught relationship that has involved periods of bigotry, invasions, and wars. Yet considering the two-hundred-year up-and-down relationship between these two countries, it might be easy to dismiss the recent antagonism as just the latest swing or even a return to normal of mutual skepticism. But we shouldn’t be so complacent or dismissive because this distrust and suspicion, left unchecked, can turn into darker forces.

So, it falls upon private citizens and individuals to promote cross-border friendship and rapprochement. And that is ultimately the goal of Fandango at the Wall: to bring the people of the United States and Mexico together through music. After all, we don’t just share a border but families and friends, histories and futures. Our countries are interconnected, and our fates are interlinked. Indeed, we should root for and help each other.

One of these individuals working to bring our countries together is Jorge Francisco Castillo. He is a retired librarian who organizes the Fandango Fronterizo Festival, which began in 2008. It’s a cross-border fandango, like a jam session, that features son jarocho music from Veracruz, Mexico. Once a year, around Memorial Day, these son jarocho musicians gather on both sides of the border wall in Tijuana and San Diego, and they perform a fandango. Members of the public are encouraged to come, eat, sing, and enjoy the festivities. Jorge’s vision has grown into a movement in which hundreds of people attend the festival, and many around the world have taken notice.

Maestro Arturo O’Farrill, who was born in Mexico, came across a story about Jorge and the fandango in the New York Times. He instantly thought it could be grist for a project that tears down the human-made walls that form between people. So, we traveled to Tijuana to meet Jorge and asked him if he’d like to collaborate on a new project, and he said yes. And then we got to work!

Fandango at the Wall tears down three types of wall: (1) physical walls, as we recorded musicians on both sides of the San Diego and Tijuana border; (2) musical walls, as we invited special guests from different musical traditions such as jazz, classical, Broadway, hip hop, san jarocho; and (3) recording borders, as we recorded both outside in the live environment and also in a recording studio.

What is more, this project has several formats: (1) the music album to which you’re listening; (2) a book on the history of United States-Mexico (with a foreword by historian Douglas Brinkley and afterword by Ambassador Andrew Young); (3) and a documentary which is in the works, that focuses on the lives of the son jarocho musicians.

If you want to learn more about the making of the album, please read the book (which is sold and available separately by Hachette Audio & Grand Central Press), as the first chapter is a lengthy description of what it took to make this project happen. It also provides biographical information on the special guest artists and provides more descriptions on the key songs. It explores the history of son jarocho music and contextualizes its role in the Mexican diaspora within the US.

But here is the short version: on this album, you will hear the incredible Arturo O’Farrill and the Afro Latin Jazz Orchestra making music with some of the best son jarocho musicians in the world like Patrico Hidalgo, Ramón Gutiérrez Hernández, and Tacho Utrera, Fernando Guadarrama Olivera, among others. You will hear the virtuosity of Regina Carter on violin, Akua Dixon on cello, and the tantalizing rhythms of Antonio Sanchez. The terrific Villalobos Brothers inject their songs with passion and intensity. Rahim AlHaj Trio and Sahba Motallebi brilliantly bring the traditions of the Middle East. Ana Tijoux electrifies with her rap performance, and Mandy Gonzalzes takes your breath away with her powerful and searing vocals.

Arturo and I have made five albums together, including Cuba: The Conversation Continues, which we recorded in Havana in December 2014, at the same time the US and Cuba were restoring governmental relations. With its diplomatic undercurrent, that production is the precursor to Fandango at the Wall, which has proven to be the most challenging yet. Mobilizing a small army of musicians, producers, staff to stage a concert was a significant amount of work. But it was worth it.

Here is the moment that struck me: the border wall was behind us, the sun was setting over the Pacific Ocean, the crowd was yelling “Epa” and “Otra!”, and the band was grooving. Many of us were in tears as we took everything in. For a moment, we had helped to turn a symbol of division into a common space of peace and harmony.

Fandango at the Wall is ultimately a project of convergence. I hope that as you listen to this music, you’ll hear the possibilities of what the relationship between the United States and Mexico can become. And that we as artists and activists continue to create the world in which we want to live.