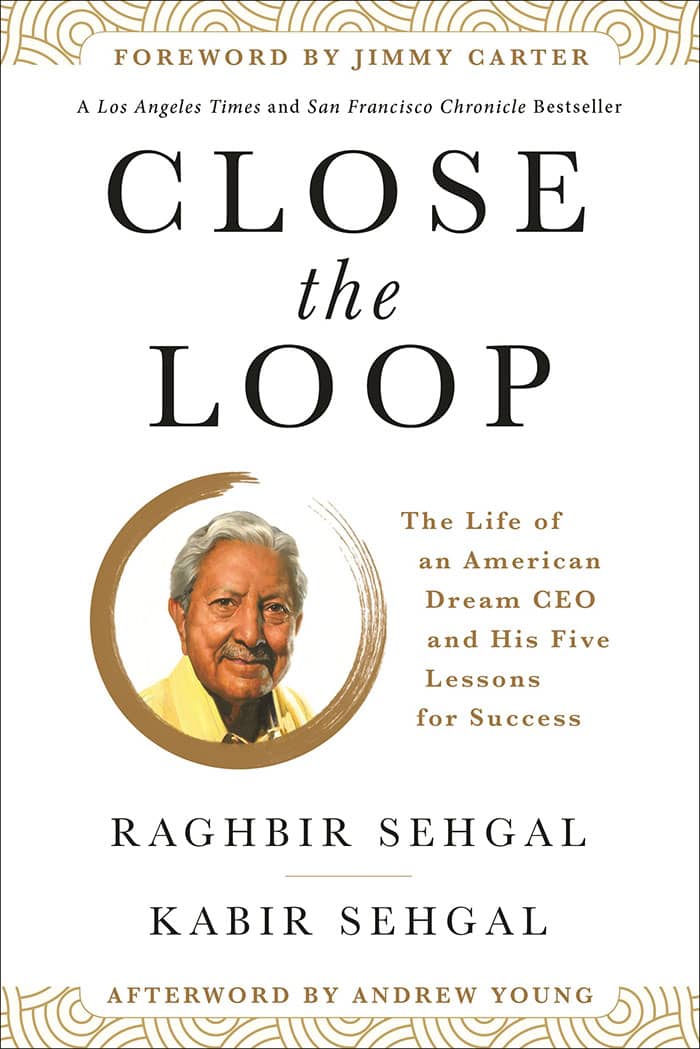 The inspiring true story of one man’s journey to achieve the American Dream, and the wisdom he gained about what it takes to find success.

Raghbir (R.K.) Sehgal left his native India as a teenager with little money in his pocket. He worked factory jobs in the United Kingdom and eventually moved to the United States. Living in the Deep South in the 1960s, Sehgal experienced discrimination and that redoubled his desire to succeed. He started as a junior engineer at Law Engineering and rose to become Chairman & CEO. Close the Loop is his story told through the voice of his son Kabir Sehgal. This is a profound and personal meditation on hope, persistence, diligence, and resilience. Raghbir also shares his five lessons for success, which you can use to optimize your life.

“I cherish my friendship with R,K. because he has a unique quality of doing things for others without being asked, and when he asks for a favor it’s always about helping someone else and never [a favor] for himself.”

“R.K. is simply a force of nature. He is the consummate relationship builder, not for himself, but for the betterment of society. He has a wide circle of admirers — friends, family, and others — many of whom don’t even know why they are in the circle, but don’t want out. He inspires and challenges everyone to be their best and to see beyond barriers and boundaries. R.K.’s lifelong work to advance business, industry, and trade is proving to have a lasting, positive impact on the lives of all in his path.”