Personal Reflections from Opening Night of the Atlanta Film Festival 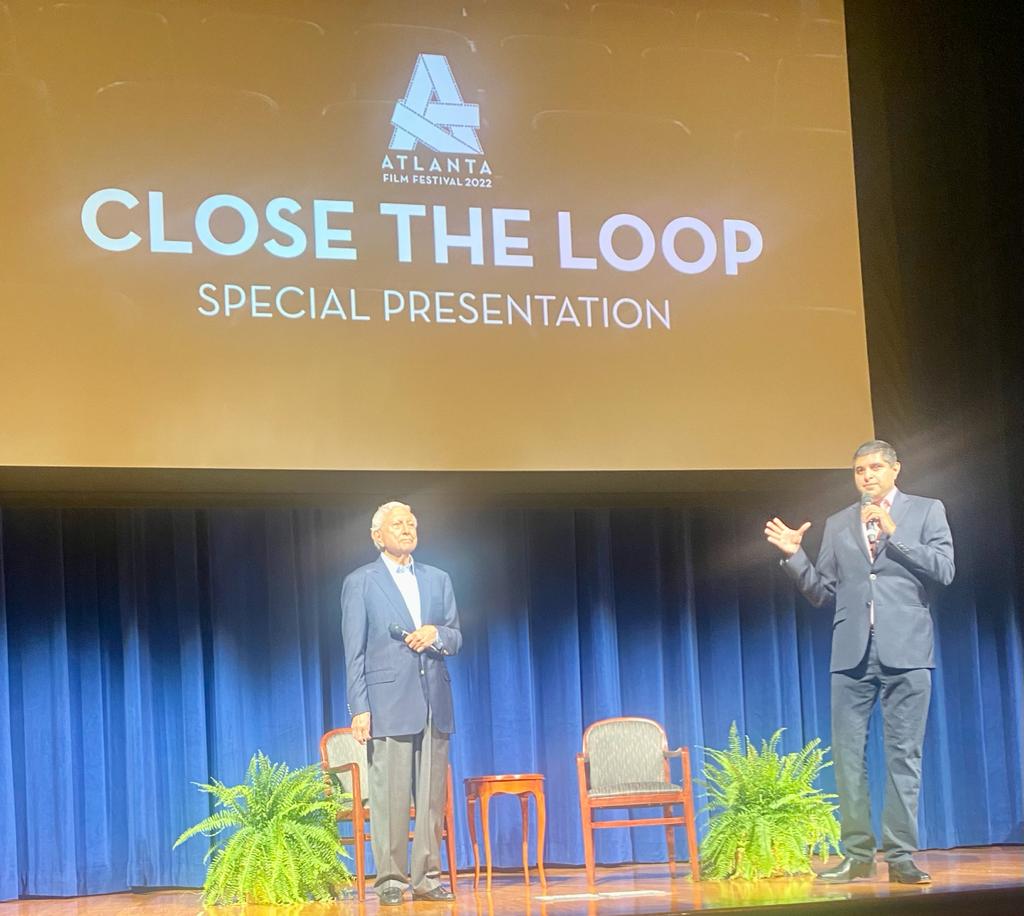 Last night was an all-time, life memory for my father, family, and me.

In the Pavilion that my father helped finance/build in the early 1990s.

We screened a work-in-progress edition of the film I directed Close The Loop about my father Raghbir (R.K.) Sehgal (and based on our book).

We had nervous energy all day, leading up to the event.

My father was puttering around the house in anticipation.

We got to the Carter Center early. And immediately saw some familiar faces. That eased our nerves.

My dad was in his element, beaming from ear to ear.

Rousing applause for my father and afterwards for the film.

I think the feedback that was most incredible: people who knew my father for 30-40 years were stunned with what they learned.

They had no idea about many details of my father’s life.

Yes, he met Mahatma Gandhi. Yes, he went from rags-to-riches….(I don’t want to spoil the film…)

Leaders of top universities and Fortune 500 companies were in attendance. Many are now interested in screenings at their organizations.

Many Indian Americans based in ATL came to the event.

This night was made even more poignant because a gentleman who works at the film festival lost his father earlier in the week.

Dad asked for a moment of silence to honor his father.

I’m grateful to my sister Kashi for helping produce the film and event and my entire family.

Also for the incredible film team that has invested their hearts, souls, and artistry into making this magical work come to life.

And to our friends who supported us last night.

A lifetime moment, made even more special by their presence.

With peace, love, and abundant gratitude,