Why You Should Invest in Cuba — And How to Do It 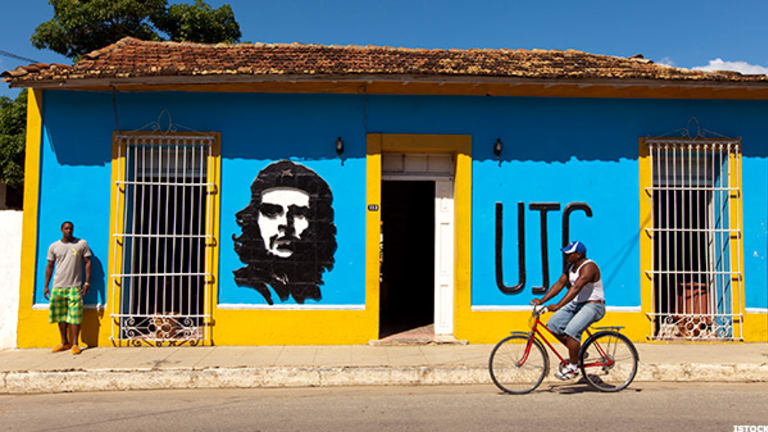 “No es facil” or “it isn’t easy” is a mantra among Cubans about life in their island country. It can also be used to describe investing in Cuba. And for good reason: its government views capitalism with suspicion and controls much of its economy. Even though the Cuban government has welcomed foreign investments from countries such as China and Venezuela, U.S. companies have largely been shut out because of the U.S. embargo, which was instituted in 1960.

But we’re at the dawn of a new era: President Barack Obama, John Kerry, Susan Rice, and the entire national security team demonstrated political courage to change the course of history, fomenting a diplomatic rapprochement between the United States and Cuba. As a result, business climate in Cuba has increased for U.S. businesses and investors. Later this month when President Obama visits Cuba, the first president to visit Cuba since Calvin Coolidge in 1928, he will surely highlight the increased business interest and capital flows.

Even though it will take years for many large cap opportunities to materialize, as an investor you can gain exposure to Cuba today. Here’s the case for why and how.

Why You Should Invest in Cuba

With its over 11 million inhabitants, Cuba has the largest population in the Caribbean. It boasts a literacy rate of 99.8%, which is higher than the United States (99%) and Mexico (93%). The average life expectancy is 79 years old, and it has twice the number of doctors per capita than the United States. It has a low infant mortality rate of 4.63 for every thousand births, lower than the United States (5.87) and Canada (4.65). The director of the World Health Organization observed, “Cuba is the only country that has a health care system closely linked to research and development. This is the way to go, because human health can only improve through innovation.”

Cuba’s economy is also worthy of note. Its annual GDP is about $80 billion, which was growing at a rate of 4.7% in the first half of 2015. A significant amount of its GDP, 73%, is derived from the services sector, and 23% from industry like construction. Its GDP per capita of $10,200 puts it higher than developing nations like Philippines, Vietnam, and India. Its inflation is under control at below 5%, and its public debt to GDP was only 35% of GDP. Cuba’s labor force of five million is mostly employed by the government, so its unemployment rate is low at 3%.

Even though it appears to be an attractive place to invest, Cuba doesn’t have a stock market, so it’s hard for equity investors to trade the market. But an enterprising U.S. asset manager, Thomas Herzfeld, who lives in Miami, has created a way to get exposure to the market. Herzfeld Caribbean Basin Fund (CUBA) – trades on the NASDAQ and was listed in 1994. It’s a close-end fund, which means there’s a limited amount of shares. The fund has a small market capitalization of $40 million and its fifty day average trading volume is a low at 44,300 shares.

Since inception, Herzfeld has tried to invest in large capital companies with healthy balance sheets. He also recruited a former minister and defector to provide counsel on which companies to add to the fund. The fund is comprised of securities of sixty companies that conduct business in the region. Here are the weightings of some of the largest constituents of the fund: Royal Caribbean Cruises (8.28%); Copa Holdings (6.59%); Lennar Corporation (6.54%); MasTec (6.33%); Norwegian Cruise Line Holdings (5.77%); Seaboard Corporation (4.53%); Consolidated Water (4.28%); and Carnival Corporation (3.97%).

The fund is indeed diversified among various sectors such as tourism and services to construction and agriculture. For example, Royal Caribbean Cruises and Norwegian Cruise Line should benefit as they gain access to Cuban ports. Copa Holdings, airlines, will also benefit as more routes are opened to the island country.

The fund mangers of CUBA believe that the security’s performance is partly geared to positive developments surrounding the rapprochement between the United States and Cuba. Shares traded up 35% after the historic news broke, and up 50% overall. But it has since declined almost 40%. That’s partly because it is geared to Latin American markets, which have traded down considerably with the emerging market sell-off.

The fund managers are constantly rebalancing the holdings to optimize returns. For example, they are overweight cruise liners, which have recently outperformed, as fuel prices have declined, and margins have strengthened. But then again, its second largest holding, Copa Holdings, has suffered from weak currency in Latin America. It’s revenue has also fallen because the company derives half of business from Latin American markets, many of which have tumbled.

One new addition to the fund is Marriott Vacations Worldwide Corporation, as the managers are trying to gain exposure to the luxury tourism segment. Marriott licenses the Ritz Carlton and Marriott Brand and operates about 60 facilities in the region and throughout the world. The company is also expanding its loyalty program to capture more of the millennial market.

Instead of buying the CUBA fund outright, you could also buy the stocks of the constituent securities like Copa Holdings and Seaboard. But it’s hard to know how much of their business is derived from operations in Cuba.

It’s still early days for investing in Cuba, but there is hope that the country will one day reopen its stock market, which closed in 1959. At the time, it was one of the largest in Latin America. Until that time, you will be stuck with these mostly indirect ways to invest.

If you’re hungry for more ways to invest in Cuba, you can try these four ideas:

1. The Canadian company Sherritt International, which is a materials and energy company. It trades in Canada and has a market capitalization of $270 million. The company has operated in Cuba for over twenty years and produces a significant amount of oil for the country. It derives 75% of its business from Cuba and has a joint venture with the Cuban government for nickel and cobalt production. Despite its exposure to Cuba’s market, the company’s stock has taken a beating, down 60% over the last five years as its geared to the commodities market.

2. Invest in a U.S. company trying to get exposure to the market like Netflix, Delta Airlines, and United, but the additional revenue won’t be a big impact on the stock price.

3. Invest in a local Cuban business, such as the the many restaurants that are teeming with tourism.

4. Go to Cuba, buy some local art, and sell it in the United States. There is a premium for certain Cuban artworks in the U.S. contemporary art market.

Investing in Cuba ain’t easy. But it’s also not impossible.

This article is commentary by an independent contributor. At the time of publication, the author held no positions in the stocks mentioned. Kabir Sehgal is the author of New York Times bestseller Coined: The Rich Life of Money And How Its History Has Shaped Us. He is also a Grammy-winning producer. He produced Cuba: The Conversation Continues by Arturo O’Farrill and the Afro Latin Jazz Orchestra, which was recorded in Havana hours after President Obama announced plans to normalize relations. The album was nominated for a Grammy, and it features “The Afro Latin Jazz Suite” that won the Grammy for Best Instrumental composition. Follow him on Facebook and Twitter.