From Spain to São Paulo 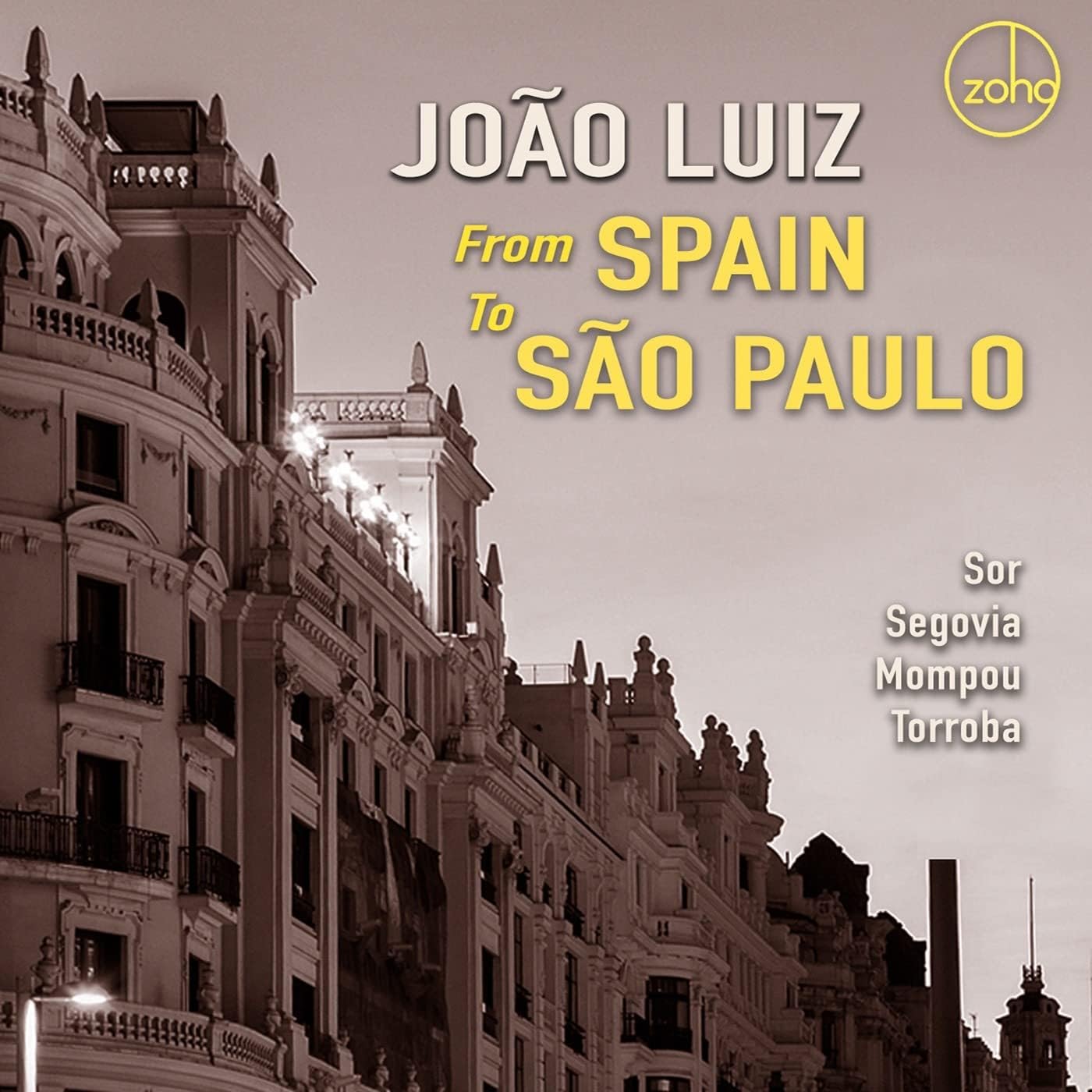 With its beguiling simplicity, the classical guitar is an instrument with almost universal appeal. The guitar has many timbres and colors, which may be arranged to conjure music pleasing to the heart and stimulating to the ear. However, ask anyone braving to play this instrument, and they will tell you that classical guitar is high craft. It takes relentless devotion to master the technique, fingerings, and overall bearing.
Step forward, João Luiz. A master craftsman. And yet this doesn’t seem a sufficient plaudit. Perhaps “musical wizard” is a more appropriate descriptor. In my many years of producing albums and writing liner notes, I’ve never been more transfixed by an instrumental guitar performance. From Spain to São Paulo is a thoughtful and triumphant opus, not only a geographic tour of traditions but a maiden voyage of musical discovery.

I suppose I was mesmerized because of the familiarity of many of these compositions. On this album, Luiz indeed performs the canon of the form. Most classical guitarists have a period when they are studiously learning about the work and legacy of Andrés Segovia. Herein, Luiz presents his take on Segovia’s repertoire with dexterity and aplomb. In fact, almost all the selections on this album were originally written for guitar. As you listen, you will notice the registers and keys are perfect for a guitarist of Luiz’s import.

There is much to celebrate about this wonderful album. Here are but a few highlights:

The album opens with Largo non Tanto, Op. 7 by Fernando Sor, a nineteenth century Spanish composer and guitarist who settled in France. In fact, he wrote this opus as a Fantasie, and this is the opening movement. Minueto Op. 25 comes from Sor’s second Grand Sonata Op. 25. Luiz performs these selections effortlessly and with total precision. That he moves mountains across the fretboard with hardly a squeak is proof positive of his mastery.

Serenata Española was originally composed for piano by Joaquin Malats, a Barcelona-based pianist and composer. Many guitarists have performed it in Francisco Tárrega’s arrangement. However, this particular arrangement was made by Luiz. His chord rolls and ascending lines are beautiful ornamentations that highlight the climax of the piece.

The most ambitious work on this album is the Suite Compostelana, composed by Federico Mompou, as an homage to Santiago de Compostela, a famous Catholic pilgrimage destination. It is located in Galicia, in the northwest of Spain. Segovia’s 1964 recording of this work is likely its most well-known recording, which influenced another of Luiz’s idols, Julian Bream. And that’s to whom Luiz dedicates this performance. Listening to each of its six movements is like watching the epic soundtrack of a film in various scenes.

Aires de la Mancha was a collaboration between its composer Federico Moreno Torroba and Segovia, who requested the work. Though it was written in 1966, this venerable duo had been collaborating since the 1920s. All five movements are inspired by the Castilian folklore from the La Mancha region of central Spain.

João Luiz’s From Spain to São Paulo is a beautiful opus which pays homage to the Spanish composers who created the 19th and 20th century repertoire for the guitar. Luiz breathes life into this beloved music with vivid playing and dream-like beauty. It has been a joy to help produce this album with and for Luiz.