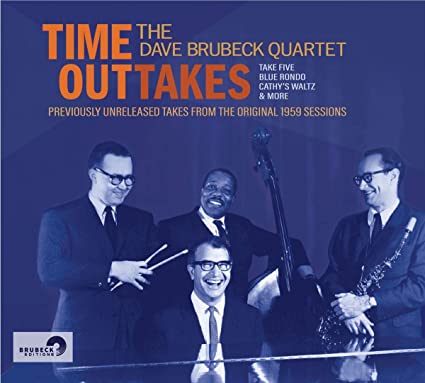 Let’s revisit the original sessions Time Out sessions that happened in the summer of 1959. The album was recorded at the CBS 30th Street Studios which was nicknamed “The Church,” because the site was once the location of the Adams-Parkhurst-Memorial Presbyterian Church. The album was actually tracked over four studio sessions across three non-consecutive days, to accommodate touring schedules. The exact time stamps of the sessions: (1) June 25, from 3 pm to 5:30 pm after which there was a dinner break; (2) June 25, from 7 pm to 10 pm; (3) July 1, from 2:30 pm to 7 pm; (4) August 18, from 2:30 pm to 5:30 pm.

The sessions yielded a plethora of musical material. Session producer Teo Macero, who produced many of Miles Davis’ recordings, had to make surely difficult and impactful decisions that shaped not just the album but the perceptions of millions of listeners who fell in love with this music. Jazz fans worldwide have memorized every note of this album – even the improvised ones.

By creating Time OutTakes, we’re exploring and perhaps tinkering with history. But I find that the more I learn about the 1959 sessions, I grow more impressed with this music. These two albums – Time Out and Time OutTakes – are complementary. They reveal brilliant artists pouring their hearts, minds, and souls into what would become pure sonic gold.

My fellow compilation producers and I re-opened the vault of the original sessions. We found the music behind the music, and learned more about the musicians behind the music. What you’ll hear is honest and authentic. More specifically, here is the repertoire of Time Out Takes and in which session each song was tracked:

We’ve all heard Dave Brubeck’s Time Out – but never quite like this. This remarkable new album Time OutTakes features alternate takes from the original 1959 studio sessions. You’ll hear Dave Brubeck’s signature pieces afresh and anew. Listening to this album will make you rediscover why you fell in love with The Dave Brubeck Quartet featuring Paul Desmond, Joe Morello and Eugene Wright. This is mesmerizing music.