First, because I must, because I can only be happy and fully myself if I follow music’s siren call, and, like so many musicians, because I can’t not be one. I’ve been fortunate to be able do that—and to be able to use my own voice and my music to shine a light on unheard, forgotten, or unrecognized voices. Finally, music is such a direct method of communication: it lets me speak directly from my spirit to listeners’ hearts.

There are so many! Among sopranos, Leontyne Price, Montserrat Caballe, Mirella Freni, Renata Tebaldi, Renata Scotto, Arlene Auger, Elly Ameling… Maybe I’ll stop there, as the list can keep going and growing… Among historical composers, Bach, Beethoven, Mozart, Puccini, Verdi, Mahler, Schubert, Dvorak (ditto about the growing list). Among living composers and musicians, I wouldn’t know where to begin, as I’m inspired by so many of my friends and colleagues.

I practice seven days a week for 20 minutes to an hour or so every day. Even when I’m on vacation, I usually warm up my voice every other day. So if you hear a soprano warming up in a hotel, you never know: it might be me! 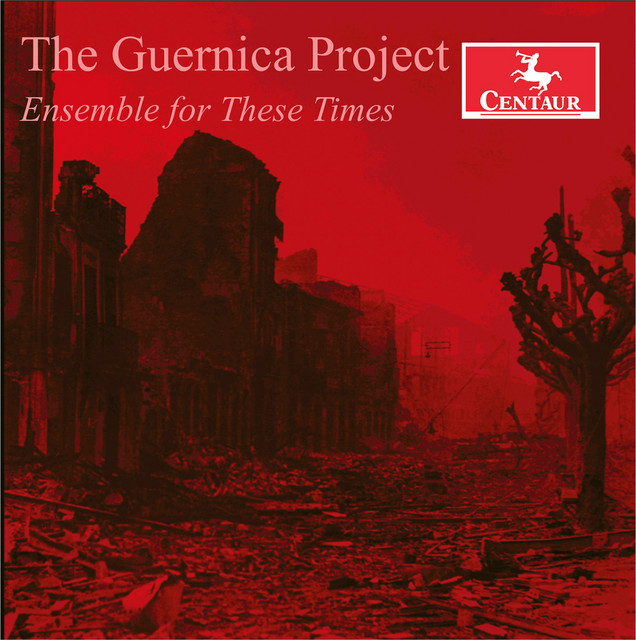 The Guernica Project
By Ensemble for These Times

We (Ensemble for These Times, my contemporary classical chamber group) have been performing and recording works by artists exiled, persecuted, or lost during the Holocaust and the pre-WWII bombing of Guernica in Spain has kept coming up as an important part of the history of the period.

It was such an awful, major event and also relevant to today—attacking civilians, oppressing a population—which therefore already makes it even more important and compelling.

Add in Picasso’s iconic visual response, which speaks viscerally to so many viewers, and the album became crucial to make, for we are in an era when the conflicts of the 20th century are coming back to haunt us and the peace that was built in the latter half of the century is unraveling and feeling fragile rather than robust.

As with every album, time and funding. We planned “The Guernica Project,” in 2015-16, premiered it in California in 2017, toured it to Spain later the same year, and then recorded all the music (on a shoestring budget) in 2018. We then had to wait to edit and release the CD for a number of logistical reasons.

But when it came time for us to edit “The Guernica Project,” the pandemic hit and the studio was closed as part of the lockdown in San Francisco. In the end, everything was finished: even the delayed timing of the recording worked beautifully, as we were able to release “The Guernica Project,” to commemorate the 85th anniversary of the painting and the event.