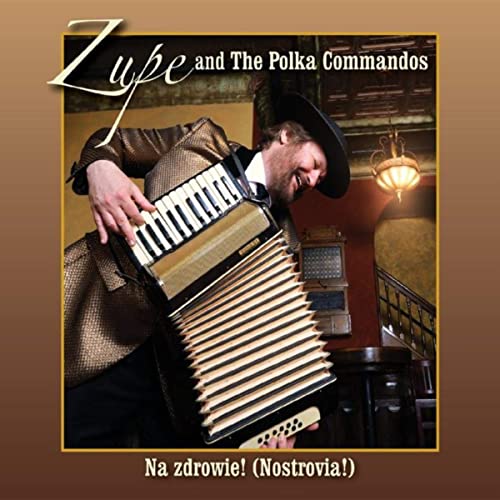 Zupe is a national treasure. He is a highly acclaimed composer who is a master of his craft. To put it simply, he is a polka master. He knows from where he comes. He performs the brilliant music of his ancestors and pays homage to their artistry and virtuosity. At the same time, he renders the music anew and afresh, infusing it with contemporaneous subtleties and interpretations. Zupe forges a new tradition of modern polka by making his own stamp.

Indeed, his latest album Na zdrowie! is a remarkable sonic journey in which Zupe creates a fascinating and approachable production for all to enjoy. The music is very personal, borne out of advice that Zupe once received: “Write what you know.  If it comes from the heart, and if it’s genuine … the listener will pick up on that.” Throughout the album, Zupe reflects on moments of his life and perhaps even what’s to come. He shares about his growing up as a grandchild of Eastern European immigrants. Many of the lyrics deal with universal themes of family, love,  worry, and hope. That Zupe’s music deals with the most fundamental parts of humanity reveals a maestro who doesn’t shirk from asking the big questions or dealing with difficult but necessary issues. Such introspection shows that Zupe is self-aware, navigating the ocean of life with dexterity, an open heart, and the pulsing beat of good music.

The fifteen tracks on this album demonstrate the range and breadth of Zupe’s musicality. The music spans tempos, dynamics, overall feel, and reveals the many hues of polka. Moreover, Zupe has assembled a veritable cast of all stars to bring the sophisticated and refined arrangements to life. Zupe’s Na zdrowie! is a feel good and dynamic production that will envelop you with lyrical storytelling.