Bangladesh Garment Factories Are Worse Than You Thought 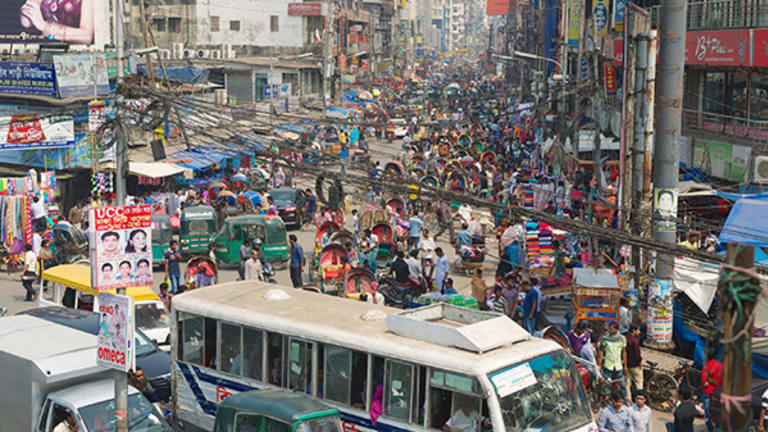 Depending on where it was made, the shirt on your back should make the hair on your arm stand up.

In 2013, when I was scouting for investment opportunities in Dhaka, Bangladesh, a violent political protest erupted that made international headlines. The same year, Bangladesh made worldwide news for the collapse of a garment factory at Rana Plaza in which 1,129 people died and over two thousand were injured. Bangladesh government officials vowed to improve working conditions at garment factories.

But more than two years after the disaster, little has changed. According to a recent report published by the NYU Stern Center for Business and Human Rights, only eight factories have passed final inspections, out of the 3,425 that have occurred. This widespread failure not only speaks to poor management oversight but a trenchant problem facing Bangladesh’s $25 billion garment industry: subcontracting.

The web of subcontracting is pernicious and pervasive. Large multinational corporations like Gap, Marks & Spencer, and H&M partner with large Bangladeshi garment companies, which, in turn subcontract the business to other “informal” factories. These informal factories aren’t registered with the authorities, so they go unnoticed by large multinationals and government regulators. Because they are effectively invisible, the workers at these factories are subject to terrible working conditions. The owners of these factories don’t want to invest in safety equipment that would improve the situation for laborers because that would eat into already slim profit margins. In this way, garment prices are kept artificially low. These informal factories also play a key role in terms of employment. With the boom-bust pattern in export volumes, it’s likely that these informal factories staff up and down to accommodate changing needs.

According to the same report, in a recent survey of factories in Dhaka, 32% of factories were informal subcontractors. And a whopping 91% made garments to be exported. In other words, the shirt on your back should give you pause — that is, if you’re dismayed and disgusted by the working situations in these factories.

“Though global brands assert they have strict policies against subcontracting, in reality, millions of workers and thousands of smaller factories are producing their goods,” said Sarah Labowitz, co-director of the Stern Center for Business and Human Rights. The subcontracting problem is probably even larger than once thought, when you consider the report found that there are more than 7,000 garment factories involved in the export market, which is higher than the previous estimate of 4,500.

In order to solve the problem of subcontracting, the authors of the report suggest that multinationals legitimize some of these informal factories, while at the same time, require that they maintain rigorous safety standards. “Reverse the incentives for primary business partners away from a punitive system that punishes subcontracting to one that rewards transparency about the practice. Prioritize understanding where product actually is being produced,” they write.

In response to the recent NYU report, the head of a trade association in Bangladesh denied that subcontracting was a problem, saying, “subcontracting factories don’t exist.”

He’s wearing a blindfold, but you don’t have to: Here’s an interactive map of all the registered factories in Bangladesh — many of which probably engage in subcontracting. Let’s hope multinationals and local officials learn from this map, an example of transparency. In the meantime, as an investor, you can always divest from companies that source from Bangladesh garment factories. That said, investing in frontier markets is not for the faint-hearted. Despite the promise of fast growing economies and large populations, these countries bring many concerns for investors.

This article is commentary by an independent contributor. At the time of publication, the author held no positions in the stocks mentioned. Kabir Sehgal serves on the advisory board of the NYU Stern Center for Business and Human Rights. He is the author of New York Times bestseller Coined: The Rich Life of Money And How Its History Has Shaped Us. He is also a Grammy winning producer. Follow him on Facebook and Twitter.