Why You Should Be Bullish on India’s Economy 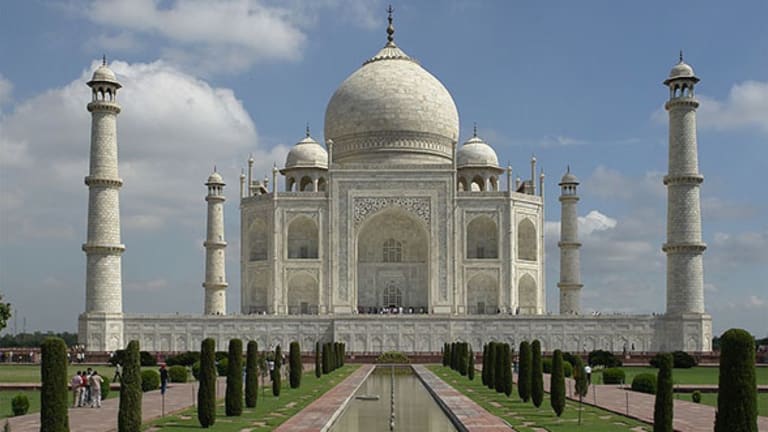 Here is some naan-fiction advice (get it!): invest in India.

While it’s true that emerging markets have taken a drubbing, with the main benchmark down 15% last year, certain countries are poised to rebound.

With oil prices at low levels, those nations that import ample amount of energy have benefitted with the cost savings. For example, in Latin America, Chile‘s macro economy has remained resilient and its currency has depreciated to make its products more competitive in the global marketplace. Chile’s market has also outperformed many of its Latin peers in the last month.

In Asia, India benefits from low oil prices, and its macro economy should continue to improve. Though the MSCI India has declined 7% in the last month, in line with the MSCI EM Index, valuations have only gotten cheaper and more attractive. As emerging-market investors look for where to invest, India screens well. Let’s look at a few reasons why you should invest in this South Asian nation.

The Reserve Bank of India (RBI) recently decided to keep rates unchanged, an expected move among industry analysts. Official forecasts for GDP also remained constant at 7.4% in 2016, with a slight improvement of 7.5% for 2017. The RBI moved its inflation forecast up to 5% from 4.8% for 2017. All of these numbers suggest that RBI is waiting to see how India’s economy evolves throughout the year. But it also suggests that RBI is continuing its accommodative position and there is room for further rate cuts throughout the year, say, a 25 bases point cut, which should spruce the market. In its official statement, the RBI cited the new budget will likely maintain spending while also amplifying growth, which will “create more space for monetary policy to support growth.” In other words, the RBI will likely be a market tailwind this year.

The RBI cited mixed economic indicators as another reason for its wait and see approach. There is tepid growth in cement production and demand; railway shipping growth is subdued. In December 2015, exports fell for the thirteenth straight month. But on the positive side, new commercial activities are increasing, as evidenced by an increase in the PMI, which achieved its highest level in ten months. There is healthy growth in consumer loans. Net foreign direct investment has also been resilient, even as oil prices have cratered. These mixed signals shouldn’t scare you away. Instead, when other emerging markets like Brazil are suffering through recession, India is hanging tough. As India’s large consumer population spends more money, it will become even more insulated from the boom-bust commodity cycles.

As part of its communique, the RBI mentioned that its introducing reforms to help entrepreneurs start companies in India. In particular, the RBI will make it easier for foreign venture capital companies to invest in Indian start-ups. This will be done through escrow agreements and simplifying the paperwork needed to receive and make payments. These changes will streamline the capital raising process for entrepreneurs, which should pay dividends years from now.

Make sure you realize that even though emerging markets are grouped as an asset class, they are fundamentally different entities. When the oil price craters, like it has, consider those countries like Chile and India that benefit.