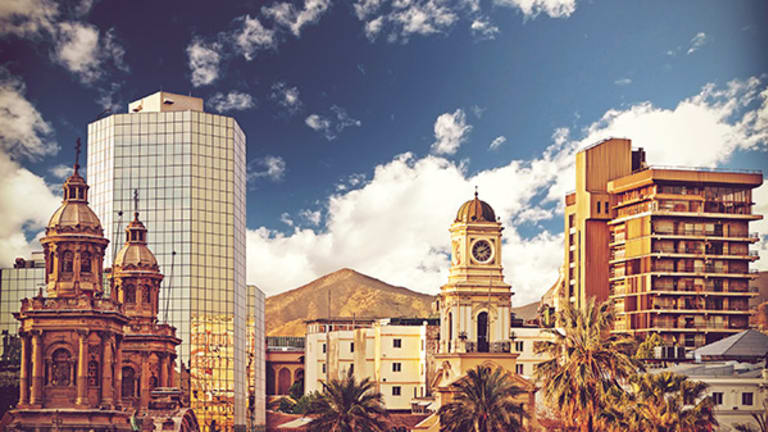 If you’re an emerging-market investor, forget Brazil, focus on Chile. It’s true that emerging markets have taken a beating, with the benchmark MSCI Emerging Markets Index down 15% last year, but there are a few bright spots to invest in in Latin America. First, stay away from Brazil, which is in the midst of a recession. But you may want to consider Mexico, Peru and Chile. Mexico is highly geared to the U.S. economy, and has demonstrated resiliency as other emerging markets have sold off. Peru’s market may bounce if a business-friendly candidate is elected president this spring. But the country that should interest many emerging-market investors is Chile.

Even though Chile is highly dependent on commodity exports, its economy has already gone through a period of adjustment to depressed prices. In particular, fiscal revenues have declined considerably, and the currency has depreciated materially. Because Chile imports ample amounts of energy, it benefits when oil prices are at low levels. Even though the country’s estimated GDP growth for 2016 isn’t robust, at 2%, it is better than other emerging markets. In addition, the country has about $25 billion in cash reserves to insulate against a further downfall in the economy.

Chile’s stock market has attractive valuations. It has a forward price-to-earnings ratio of 13, below the historical 10-year average. Earnings per share growth also looks promising, with higher-than-15% growth expected for this year. In addition, local pension funds and mutual funds are increasingly becoming net buyers of the market. The market is also outperforming. The MSCI Chile index was up about 0.6% in dollar terms over the last month vs. the MSCI Latin America index, which was down nearly 5%.

Enersis is an electric utility that is listed on the New York Stock Exchange. The company is actively trying to grow its footprint in Brazil. Even though Brazil has its problems, this could amplify Enersis’ revenue numbers. In addition, the country is pursuing opportunities in Argentina and Chile.

Banco de Chile is the country’s leading bank and operates several lines of business: investment banking, capital markets and consumer finance. The company should benefit from Chile’s elevated levels of inflation, as more borrowers take on new credit. As the cost of living increases, people take longer to pay down their debts, which means higher charges for the bank.

Parque Arauco is a large mall operator that is based in Chile. This stock will be harder for North American investors to get ahold of, as it trades on the Santiago stock exchange. It operates several types of mall formats, from outlet malls to neighborhood outlets. It is therefore geared to the Chilean consumer who is demonstrating resilient confidence and spending. The company has demonstrated strong quarterly earnings last year, as its occupancy rate is over 94%.

Though emerging markets have had a troubled start to the year, these three stocks may be diamonds in the rough.