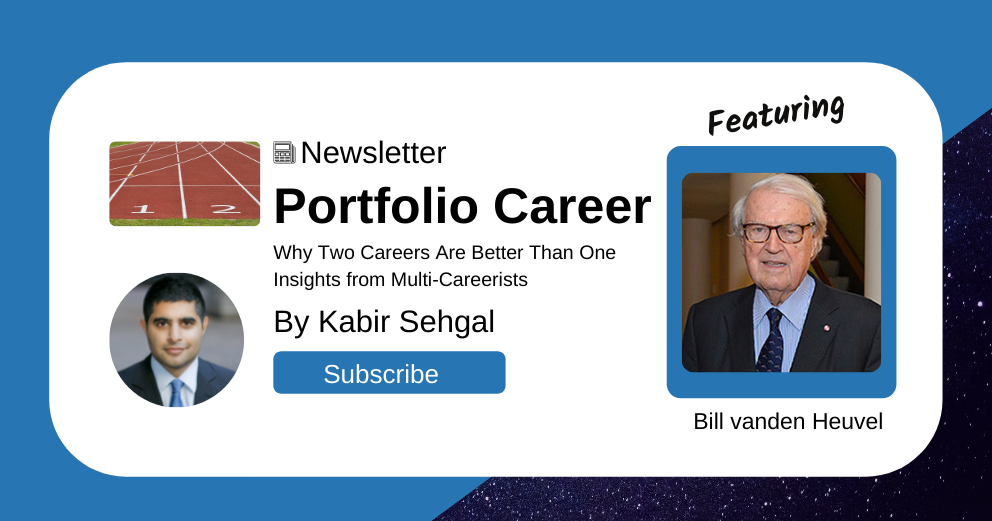 We recently lost a giant and gentleman. Ambassador William vanden Heuvel was the original portfolio careerist. The OG of the hyphenated career. He handled many professions across the private and public sectors with grace. I was fortunate to know him and to consider him a friend and mentor. We even collaborated on a music album together. He passed away last June. I will miss our lunches together in New York. But to remember him is to honor his legacy, so let’s revisit what made this man so special.

What Made Bill Special: Service

Bill believed in servant leadership. Leaders should put their people ahead of them. He knew that government could be a force for freedom, democracy, and the common good. He came of age during President Franklin D. Roosevelt’s administration and was inspired by how FDR leveraged government to help secure, defend, and advance millions of Americans.

He later became a confidante of the Kennedys and served as a special assistant to Robert Kennedy. As his New York Times obituary points out — the Kennedys liked to use intermediaries to communicate with others, and Bill became one of their trusted communicators. During the civil rights movement, Bill worked closely with RFK to help secure the rights of African Americans. He later served as chairman of the New York City Board of Correction after inmates protested their conditions.

During President Jimmy Carter’s administration, Bill was appointed to serve as ambassador to the European office of the UN, and later as the the deputy representative to the UN. 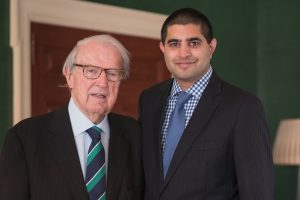 His Legacy Endures
Go to Roosevelt Island in New York City and visit the Four Freedoms Park Conservancy. Bill was instrumental in the creation and development of this space, one of the most serene and beautiful areas in all of NYC. He believed it was necessary to preserve and protect the legacy of FDR and to remind future generations of how government can be a force for human rights and good in the world. Watching him lead the charge for the Four Freedoms Park was inspirational.

Personal reflections
Bill and I were introduced by a mutual friend, and we hit it off. We would meet for lunches, and he would share stories about his time serving in public office or traveling abroad with dignitaries. He was a tremendous story teller, and I learned so much about diplomacy and foreign affairs.

Most of all, I learned how to be there for friends. He was an important and busy man. But he always made time for me and others. He was interested in what was going on in my life, and he asked many questions. He was a curious and kind, warmhearted and affable gentleman.

During one of our lunches, I mentioned to him that I was producing Ted Nash’s Presidential Suite: Eight Variations on Freedom. A jazz album in which every piece was inspired by political oratory. He was intrigued that we were including a piece inspired by FDR’s “Four Freedoms” speech. And quite wonderfully, he agreed to read a passage on the album which ended up winning 2 Grammys. I’d affectionally call him “The star Ambassador” whenever I saw him, reminding him (and others) of his great performance on the album.