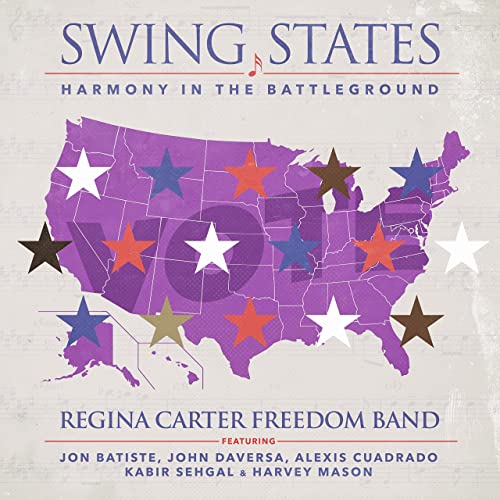 Never before in our country’s history, has our democracy been tested like this. To be sure, 2020 was already shaping up to be a defining one, with a looming presidential election, which promised to be divisive and contentious. But with the outbreak of coronavirus (Covid-19), our nation – and world – is undergoing a humanitarian crisis unlike what we’ve witnessed before. According to the United Nations Secretary-General, the pandemic is on track to be the “greatest test” since World War II.

Times are tough. The situation is severe. And as of this writing in late spring 2020, the only solution in sight is to “physically distance.” This indeed presents challenges for holding an election. Voting has been deemed a public safety hazard, as several states have postponed their upcoming primaries. The pandemic is threatening our very democracy. And with the ongoing Black Lives Matter protests, prompted by the killing of George Floyd and countless other victims of racial violence, there is renewed attention and exigency to vote.

But there may be a silver lining in this. Perhaps the pandemic will reveal the resiliency of our institutions and innovativeness of our people. At long last there may be a concerted effort to make voting easier: early voting, absentee voting, voting my mail, perhaps even online voting. Let’s hope that the current situation can be the catalyst to enfranchise more to participate in the democratic process.

If there was ever a time to come together as Americans – and as citizens of the world – it is now. But what makes this difficult is the mandate to remain separate. As the number of those infected and slain by this virus grow, we’re all gruesomely reminded of what we have in common. We are all humans. We are all mortal. We must all work together to become survivors. While we are bracing for the worst, let us remain steadfast in hoping for the best.

Swing States: Harmony in the Battleground is a project borne of hope. Though we recorded the album before the pandemic, we wanted to create something that unified us during a contentious election. And we remain steadfast in our mission in helping bring people together through and with music.

Regina Carter very much wanted to create a project that radiates hope and optimism. A multi-Grammy nominee, MacArthur Fellow, and Doris Duke Artist, Carter is a legendary musical force. That she wants to “use her powers for good” is both laudable and inspiring. As she mentions in the opening track, she grew up seeing stories on the evening news about how African Americans were prevented from voting. She noted the sacrifices that many had to endure to gain the right of suffrage. From our first conversations, it became clear that Regina wanted to create a project that extolled the importance of voting. That she is from Michigan, a swing state with sixteen pivotal electoral votes, we realized the theme of the project.

We selected the official (and some unofficial) songs of the states that will determine the election such as “Pennsylvania”, “Swanee River” (Florida), and “Rocky Mountain High” (Colorado). We also picked a few songs from states that aren’t necessarily swing states but are familiar tunes that would make this project even more familiar and entertaining. As much as I’d like to think my native Georgia as a swing state, for now I will have to be satisfied knowing that “Georgia On My Mind” is beloved by people of all parties. It also proved difficult to include Regina’s state song “My Michigan” which sounds similar to “O Tannenbaum.” Instead, Regina opted to include a song that is synonymous with Motown, “Dancing in the Streets.” She also included the theme song to Faygo, a popular soda made in Michigan, as the final piece on the album, giving us much needed levity during this time. Perhaps the most searing number is Regina’s rendition of “We Shall Overcome.” An anthem of the civil rights movement, it’s a soundtrack for enduring and overcoming the ongoing health crisis – as well as reforming the systemic issues exposed by the Black Lives Matter protests.

Performing the music is the Regina Carter Freedom Band, a veritable group of musical all stars. All the group pieces were arranged by Multi-Grammy Award Winner John Daversa, who played trumpet and flugelhorn with vividness and virtuosity. Grammy nominee Jon Batiste, who leads the house band on the Late Show with Stephen Colbert, plays piano on the album. His charisma brought so much joy to the sessions, as he had everyone smiling and in good spirits. Legendary drummer and Multi Grammy nominee Harvey Mason plays drums with both grit and grace, keeping the groove going across all those changing meters. An accomplished bassist, Alexis Cuadrado performs beautifully on the album. It was an absolute honor for me to play bass on a few pieces (including “Georgina On Mind”) and percussion on all tracks.

It has been a privilege to produce this project with my partners Doug Davis, Harvey Mason Jr., and John Daversa for Regina. She is a national treasure, and we need her music now more than ever. We hope that Swing States: Harmony in the Battleground helps people forget about which states are red and which are blue. We have fifty swing states (and a few territories). We’re all Americans. We’re all humans. Let’s work together to become survivors.