Soothing albums that could help you relieve your work stress 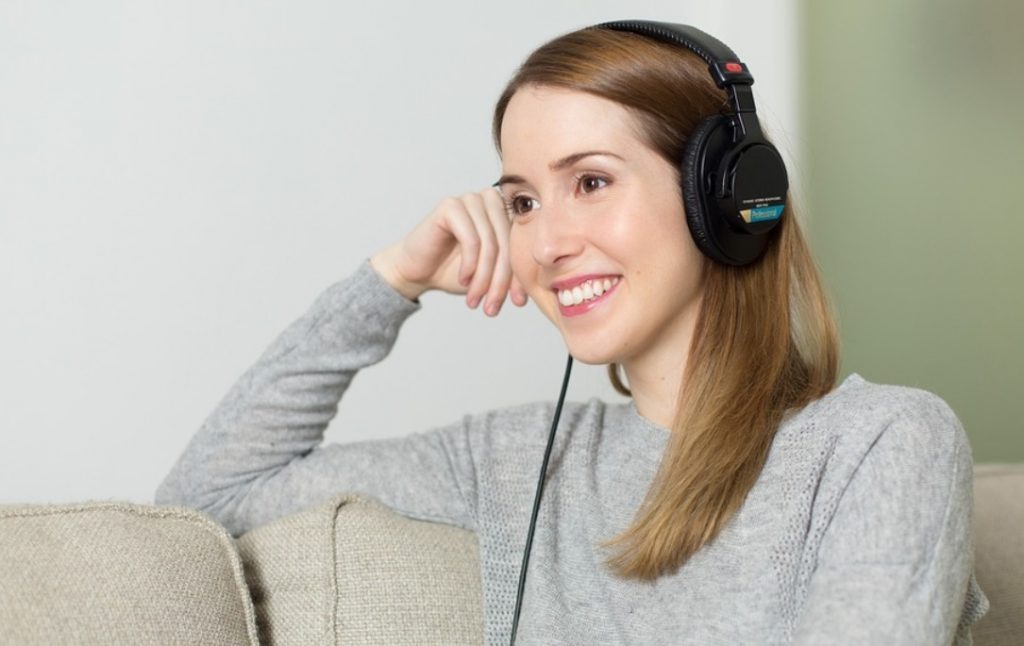 Listening to music is a great way to reduce your stress. That is, if you listen to right type of music. We’re talking about New Age music: This beautiful music will help you stop thinking about the past and planning for the future, and instead make you reflect on the present. By listening to these calming sounds at work, you’ll be able to still your mind so that you can concentrate on the important things. Here are 10 new age albums that will bring serenity.

1. Dancing on Water by Peter Kater

Listen to this album to get your life in tune. Legendary and virtuoso pianist Peter Kater recorded his album with a special tuning of A432, which is supposedly the frequency at which sounds and vibrations in nature occur. Kater’s music will no doubt evoke within you an extraordinary, even organic, calmness. Kater improvises emotional musical passages which come straight from his heart, and will inevitably tug at yours.

More about Dancing on Water

When you need to chill out, listen to the serenity of Matthew Mayer’s music, and a deep and abiding sense of calm may envelop you. Every piece of his album is an original composition, so each melody is a very personal statement. For example, his track “Stars on 123” is about tucking in his three children at night. The sublime title track “Ardor,” which means “passion,” begins with tranquil piano that builds over time with elegance. He doesn’t try to impress you with flash. His music gently brings you in with a welcoming and warming spirit.

Check out Shambhu’s contemplative and absorbing album. He is a renowned guitarist who began his practice of meditation in 1974 as a monk, learning from Indian spiritual leader guru Sri Chinmoy. Soothe is a music journey that reflects Shambhu’s personal one. This album will help still your mind, quiet your breath and become more mindful about your inner presence. When you listen to his album, you will hear yourself.

4. In the Company of Clouds by Erik Scott

Erik Scott’s music is both eclectic and intriguing. He has played with the likes of Alice Cooper and blues musician Pops Staples, so Scott’s music is unlike anything else you’ll hear with pulsing percussion, harmonized vocals, sliding guitars, vibrant electronica and ambient soundscapes. The album’s title is quite appropriate as Scott’s musical ideas float seamlessly like clouds, shifting into shapes and then disappearing with irresistible mystery.

More about In the Company of Clouds

5. I Dream About This World by Catherine Marie Charlton

The next time you go on a nature hike, make sure to make virtuoso pianist Catherine Marie Charlton’s music your soundtrack. It will make your adventure even more beautiful. Inspired by painter Andrew Wyeth, renowned pianist Charlton created this album to honor his legacy. To channel his spirit, she went on daily walks in the Pennsylvania Brandywine valley, just as the iconic painter had. As a result, Charlton made an album that is personal and profound, vivid and vibrant.

More about I Dream About This World

Acclaimed singer and songwriter India.Arie’s music is just the medicine for the soul that you need during a busy day. The lyrics from the first song “I Am Light” beautifully capture her message of resilience: “I am not the voices in my head … I’m not the mistakes that I have made.”

7. Color Me Home by Darlene Koldenhoven

Gifted singer and multi-instrumentalist Darlene Koldenhoven produced a magnificent album that blends the sounds of nature. Her song “Kalahari Calls” will introduce you to the echoes and hums you might discover in Africa. Her engaging music will convince you to think about how Mother Earth shares its sounds through birdcalls, whispering winds, and murmuring brooks. Once you hear her music, you’ll listen to the world around you with new ears.

More about Color Me Home

8. One by Todd Boston

Todd Boston’s remarkable album will help remind you of renewal. His album conveys the message that we’re all one family of humanity, and we’re all trying to make music out of our noisy lives. Boston plays many instruments on this project, and you can’t help but appreciate his virtuosity. His music is a gem and will make you appreciate the creative potential of which we are capable.

If you’re looking to expand your horizons, Brian Eno’s music is for you. He describes his music as “ambient” and he wants it to be ceaseless and boundless – just like the horizon. You can’t really tell what is the start or end of his tunes. They are mostly musical patterns that radiate warmth and remind you to focus not on the past or future – but the here and now.

If you’re new to New Age, start here. This album brings together four absolute all-stars: maestro and producer Will Ackerman who practically founded the genre; Fiona Joy, an acclaimed pianist who marvelously infuses her melodies with lyricism as if they are musical poems; Lawrence Blatt strums the guitar with heart and feeling; and Jeff Oster seals the album with a top-notch performance, playing his flugelhorn with mind-bending effects, which will have you reimagining what a horn can sound like.

[This article was also published on MediaFeed]

Author Kabir Sehgal is a New York Times bestselling author. He is a former vice president at JPMorgan Chase, multi-Grammy Award winner and U.S. Navy veteran. Sehgal, Paul Avgerinos, and Deepak Chopra co-creators of Home: Where Everyone Is Welcome, inspired by American immigrants.