In late 2017, maestro Julio Botti was introduced to pianist Matias Lanfranco in Botti’s hometown of Bell Ville, which is about 200 kilometers south of Cordoba. It was there that they performed a few tunes together. They clicked instantly: Lanfranco hails from a more traditional tango tradition that features folkloric music, whereas Botti integrates modern jazz and nuevo tango. Yet they blended seamlessly. Their music caught the attention of many in the audience, which led to the duo performing at the Teatro Coliseo in Argentina on September 8, 2018. The concert was a sold out giant success.

But it was also a somber event. “I realized that it would likely be the last concert that my mother would witness,” said Botti. His mother who had struggled valiantly against cancer was experiencing an advancement of the illness. Tragically and sadly, she passed away just four months after the concert. Wanting to pay tribute and honor his mother, Botti knew what he had to do: record an album that featured music from that seminal concert, the last one where she heard her virtuoso son perform.

Botti and Lanfranco began planning the production in earnest. They poured themselves into selecting the repertoire and crafting sophisticated arrangements. Lanfranco came to New York to record the set, first tracking saxophone and piano, and later the rest of the instruments and vocals in Cordoba, Argentina. “I’m very happy with how the album turned out,” said Botti, who also commended Lanfranco for his remarkable professionalism and for demonstrating maturity beyond his years. “This production is a new path for me, celebrating traditional tango, music which I had never performed, but was always somewhere within me.”

Pure Tango is a blend between the vivid colors that traditional tango offers, with its traditional instrumentation — and the compelling sound of Botti’s saxophone. He brings rich experience to his performances, as he phrases and interprets the melodies with dexterity and elegance. This album balances fresh and modern without losing the vintage sound of the old guard of tango rhythms, arrangements, and repertoire.

Taquito Militar is one of the most well known milongas by the renowned pianist Mariano Mores, which was decreed “Best milonga of the century” in 2000. It premiered in 1952 at the Teatro Colón and is said to have fused the “cult” with the popular style of the era. This music also became part of the soundtrack of The Voice of My City. Cualquier de esta noches (Any of these nights) is a lush and resplendent romantic tango that pairs music by Virgilio Expósito with lyrics by Eladia Blazquez. The song was released in 2000. This rendition is performed beautifully and with poise.

Cuando Llueve (When it rains) is a waltz that Lanfranco composed in 2017 that evokes the sensation of a rainy day: noisy yet calm. The exploration of emotional range, the duality of form and fashion is a hallmark of this Botti / Lanfranco collaboration. El día que me quieras (The day you love me) is a renowned tango by Carlos Gardel and Alfredo Lepera that was first recorded in 1934 in New York. Lepera paraphrase a poem by Amado Nervo included in his posthumous book The Divine Archer (1919). It’s considered one of the most romantic songs in the so-called tango songbook. Here again is a tremendous performance of Botti, buoyed by refined harmonies and vibrant solos.

Zamba del Chaguanco is a zamba, a type of Argentine music and dance. The term originates from zambo which refers to descendants of African and indigenous people. This tune was composed by Lanfranco’s teacher Hilda Herrera with lyrics by Nella Castro. It took some ten years for this musical pairing to occur, as the lyricist kept a poem in a drawer, waiting for the right composer to set to music. This piece has found another wonderful pairing in Botti and Lanfranco.

Nostalgias is an elegant tango from Cadicamo and Cobián, released in 1935 by Cobián. This arrangement by Pablo Ziegler more closely resembles the original version as it was intended. The tune has a memorable and complex melody, a challenge for any performer, but handled with grace by maestro Botti. Oro Y Plata was composed by Carlos José Perez (Charlo) with text by Homero Manzi, in the 1930s when tangos and milongas were often fused with the syncopated rhythm of candombe.

El Ultimo Café was written by pianist and conductor Hector Stamponi and the famous poet Cátulo Castillo. Indeed, this tango won the Odol award, given to the citizen who writes the best song of the year. It’s surely one of the most well-known and interpreted tango classics. Una Canción features the beloved singer María José Rojas. This song evokes the darkness of the story based on a man who is an alcoholic who is smitten by a lady. Botti’s music again evokes bittersweet hues. 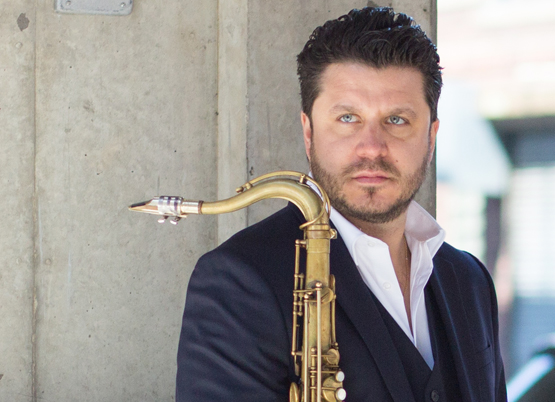 Recordando (Remembering) is also a zamba that is inspired by melancholy that reminds Botti of his mother’s house, with the smell of good foods. For Botti, this piece evokes memories of her tending to clothes in the yard and sweeping her house. It’s a simple melody that comes to life when interpreted by the duo. “I wanted to make my intentions clear for my wonderful mother Nilda Cardarelli ‘La Viky’ who will always be in my heart. I hope that my mother is very proud of this album which is dedicated to her,” said Botti.

Nunca Tuvo Novio (Never Had a Boyfriend) is a striking tango by Agustín Bardi and Enrique Cadícamo. The nostalgic lyrics refer to a man who recounts the unease of a woman who never knew love and laments something that never was. This man can still identify with this woman because he has tripped so many times over love that he had also suffered through periods of disappointment and loneliness. The story is ultimately about a duet, and that’s how this production ends, with the duo of Botti and Lanfranco making music together – just as they did on that remarkable night in September 2018.

This production is different from all others with which I’ve been a part – as it’s both a personal reflection and catharsis of Botti. I have known Julio for years and have seen how his mother’s illness has weighed on him. This production is so very personal, as a filial tribute and elegy. This album indeed is beautiful and bittersweet, born of the love that a son feels for this mother. Botti’s very act of creation has put the indelible memory of his mother into our hearts and also across the ages.

Kabir Sehgal
Kabir Sehgal is a Multi-GRAMMY and Latin-GRAMMY Award winning producer. He is a New York Times bestselling author.