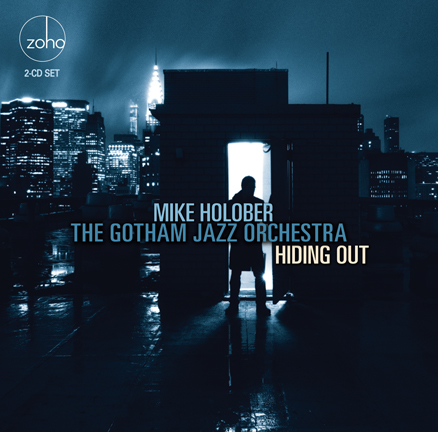 For those in the know, jazz masters and aficionados, there isn’t any mystery about maestro Mike Holober who is one of the most acclaimed and distinguished composers, arrangers, and bandleaders of our era. He has enjoyed a long and successful career, in which he has served as the artistic director of the Gotham Jazz Orchestra and Westchester Jazz Orchestra; guest conductor of the HR Big Band and WDR Big Band in Germany; and Associate Director of the BMI Jazz Composer’s Workshop, where he taught with Director Jim McNeely from 2007-2015. The brainchild of founding directors Bob Brookmeyer and Manny Albam, The BMI Jazz Composers Workshop is widely considered the “finishing school” for jazz orchestra writers, and today’s jazz scene is heavily populated by composers who have honed their craft under Holober’s tutelage.

As arranger/conductor, Holober has written concert projects for a wide variety of artists ranging from Miguel Zenon, Kurt Rosenwinkel, Avishai Cohen, and Eli Degibri – representing the highest standard for a younger generation – to elder jazz masters such as Dr. Lonnie Smith and Al Foster. Over the course of his career he has written and conducted for a veritable Who’s Who of jazz all-stars, including John Patitucci, Paquito D’Rivera, John Scofield, Joe Lovano, Randy Brecker, and many others. In addition, he has been awarded the prestigious Chamber Music America New Jazz Works Grant and serves as a full professor at the City College of New York, where he was also named the inaugural Stewart Z. Katz Professor of Humanities and the Arts in 2018.

There is no doubt that Holober is one of the most recognized jazz masters of our time. But in another sense, he has made a career of collaborations, playing piano as a sideman on over seventy records, and composing features for other talented artists. Meanwhile, jazz fans have been yearning for him to create a new seminal opus, something that showcases maestro Holober on his terms, without compunction, and very much as the leader of his musical enterprise.

This double-disc album Hiding Out is an adventurous, risk-taking, thoroughly well-crafted production that showcases the obvious, comprehensive, and conspicuous virtuosity of Holober’s superlative skills as a composer and arranger. Joining him on his musical journey is the acclaimed, New York based Gotham Jazz Orchestra with star soloists Billy Drewes, Jon Gordon, Jason Rigby, and Adam Kolker (saxes), Marvin Stamm, Scott Wendholt (trumpets), Steve Cardenas and Jesse Lewis (guitar). Holober himself is featured on the piano and Fender Rhodes throughout this sonic adventure.

The album begins with Jumble, commissioned by the US Army Jazz Nights in 2008, and is named for an isolated lake in the Sierra Nevada Mountains of California, the juxtaposition of which presents breathtaking scenery. The contrast between rock and water is evoked by the musical combination of 1970s fusion and Brazilian maracatu. This tantalizing opener is indicative of the sonic soundscape that will unfold, with two large scale and mesmerizing suites.

The suite Flow was commissioned by the Westchester Jazz Orchestra, which Holober led from 2007 to 2013. It was partly funded with a NYSCA (NY State Council of the Arts) grant, and Holober wrote it while in residency at the MacDowell Colony in Peterborough, New Hampshire, where he has been a guest five times. It’s the same setting in which the iconic American classical composer Aaron Copland wrote “Appalachian Spring.” The comparison is fitting, given that nature often serves as Holober’s muse, drawing inspiration from the world around him. In this case, it was the Hudson River that sparked Holober’s creative output.

Tear of the Clouds begins with the drip-drop of percussion, muted horns, and swirling reeds that creates an undulating effect, enveloping the listener in an eddy of polyrhythms and polytonalities. The constant evolution of sound throughout this movement and into the next, Opalescence, with its opening, triumphant trumpet makes sure that the listener never drifts away. The through-composed sections are rendered with deft touch and incandescent color. The constellations of sounds can be heard in full on Harlem, which is where the Hudson River terminates in Manhattan, before joining the saltier waters of the Atlantic. Holober wrote this suite so that each piece was similar to a tone poem, similar to Claude Debussy’s Jeux – Poème Dansé. Indeed, this movement fuses concert music with the improvisation and swing of jazz, hewing close to the blues tradition found in many traditional works. That Holober is able to conjure from such a vast array of musical and rhythmic devices is reason enough to celebrate him not just as a composer, but as a deeply conceptual thinker as well. 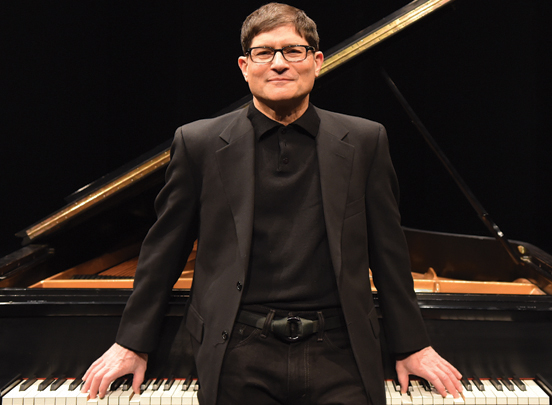 The title suite Hiding Out was commissioned by the Philadelphia Museum of Art (funded by the Pew Foundation), and Holober wrote the five movements while in Wyoming, inspired by the natural beauty of this western setting. Prelude begins with clarion woodwinds, met with building brass and well-placed percussion. It is very much curtain-up on what’s to come: searching piano in Compelled; lush harmonies on Four Haiku; evocative brightness of Interlude; and the full adventure of “It Was Just the Wind.” Taken together, this suite is a hallmark of the album – vintage Holober who blends groove with grit, melodies with meticulousness.

Carminhos Cruzados, composed by Antonio Carlos Jobim, was arranged as a feature for trumpeter Marvin Stamm, and his lyrical, soulful melodies are stirring and elegant meditations. Commissioned by the Westchester Jazz Orchestra, Holober’s re-working of this rarely-heard tune reveals him as someone who imbues music with emotional affect that speaks to the mind and settles upon the heart. Holober composes with the full intent of invoking elements around him, and awakening curiosity and wonder on the part of his audiences.

Indeed, it has been a privilege to produce this album for maestro Holober. Hiding Out is unquestionably Holober’s much anticipated return to full feature big band writing, and we can only hope that he will continue to be in our sights and sounds, for the years to come.