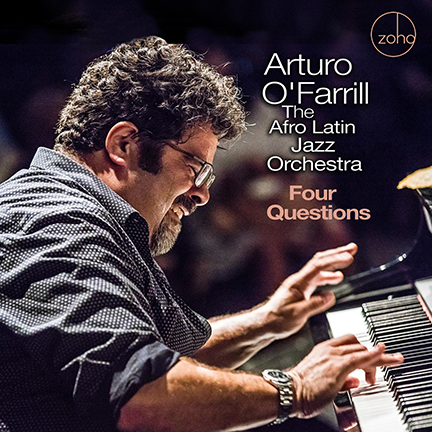 Four Questions is the sixth production on which Arturo and I collaborated, over almost a decade. It’s been amazing to see Arturo’s journey as an artist and intellect. He makes music that is both contemporary and timeless, provoking questions among listeners to observe their surroundings. That this project is grounded in the philosophy of one great American writer, W.E.B. Du Bois, it’s fitting to cite another. The influential African American jazz critic and novelist Albert Murray believed that cultural diversity was a hallmark to America’s strength, and I know that Arturo believes this, too. Moreover, like Murray, Arturo believes that the powers that be should be called out for intolerance and bigotry. It’s been an honor to produce this project with Doug Davis and for Arturo, who I consider a dear mentor and friend. When he embarks upon a project, he bares is heart and soul. There is indeed something courageous in sharing yourself. And the world is better for Arturo sharing his artistry with all of us.