Finally, Bankers Are Getting Locked up (But Not How You Think) 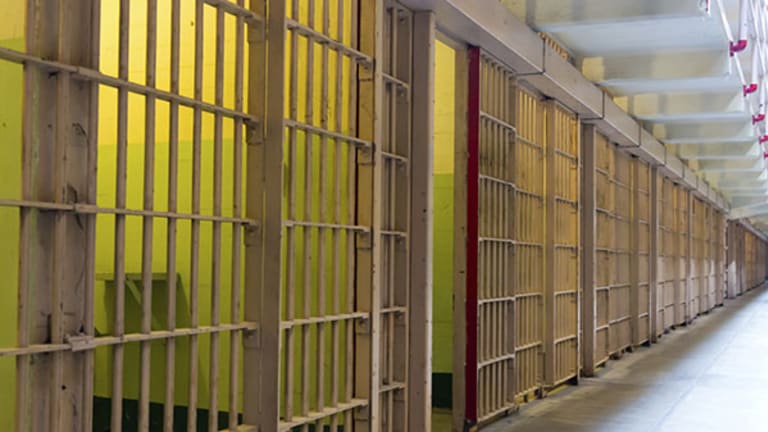 Bankers are chained to their desks, figuratively. Now they are locking themselves in a room, literally.

No, it’s not a prison cell, as even Ben Bernanke wanted more bankers thrown in the slammer. But this room is filled with three little pigs — and they must escape within 59 minutes and 59 seconds by solving a series of puzzles. “Room escape” is a phenomenon that large banks and other corporations have discovered and are using as a team-building exercise. Intrigued by the buzz, I tried it.

A few months ago, I dropped by 59:59 Room Escape, which is near the Empire State Building in New York City. My roommates included other bankers, traders, lawyers, and one industrial design engineer who proved useful in unlocking an actual lock that baffled the “let’s delegate to someone else” financial types.

The host explained that we were on a rescue mission to save the three little pigs. One person (me) played the role of a little pig that is locked up in the prison cell within the room for the other “pigs” to save. Upon his successful exit, the group as a whole tries to escape from the room itself, before the big bad wolf devours them all in an hour. You can’t make this stuff up (well, I guess someone did).

The room was decorated like a deciduous forest, with hunter green walls, decorative plants, bamboo tables, and wooden trunks. From my cell, I was able to guide my teammates to solve the relevant riddles and unlock me from my confinement. The puzzles varied in style: some required out-of-the-box thinking; some evoked senses such as hearing and smelling; and yet others required piecing together fragments to reveal hidden messages or viewing things from a different angle. Ordinary-looking objects turned out to be important clues, and answers to puzzles were all somehow connected with the theme. Our team eventually escaped the room in time — proving that it’s hard to keep a banker locked up.

The Business of Room Escape

Room escape is similar to the theater business. It’s a type of “immersive theater” akin to the popular show Sleep No More. Room escape proprietors earn revenue from selling tickets. Most of their customers are acquired via online advertisements on Google and daily deal Web sites like Groupon. The proprietors have a mostly fixed cost structure (rent) with the second biggest expense being labor (the facilitators who will rescue you if you don’t escape). A ticket costs $30, and a room can hold about 10 people, so that’s $300 in revenue per session. On a typical weekend, a room escape proprietor can run back to back sessions in multiple rooms, earning a tidy profit.

The first room escape facility was opened in Japan in 2007. The industry has blossomed as there are now 1,101 facilities in the world: about 25% of which are in the United States. The first room escape facility in New York was opened in November 2013, and now there are at least twelve in the city. Even Hollywood has noticed the trend as Mission: Impossible 5 is running pop-up room escapes in movie theaters as a way to promote the movie.

Room escape is part of the “experience economy” in which people want to derive meaning and value from live experiences. Author B. Joseph Pine II writes in the Harvard Business Review: “consumers unquestionably desire experiences, and more and more businesses are responding by explicitly designing and promoting them.”

Yan also says that his customers are seventy-five percent female and mostly in the millennial cohort. He notes that the room escape phenomenon is a counter-trend to the increasingly digital world in which we live. Bankers are doing the unthinkable: putting away their smartphones and locking themselves in a room — at least for an hour.