You don’t like me? Why I’m fine with that

I recently read a fascinating book, which helped me reexamine my overall disposition.
Key takeaways: happiness takes courage, don’t worry what others think (but don’t engage in wrongdoing). 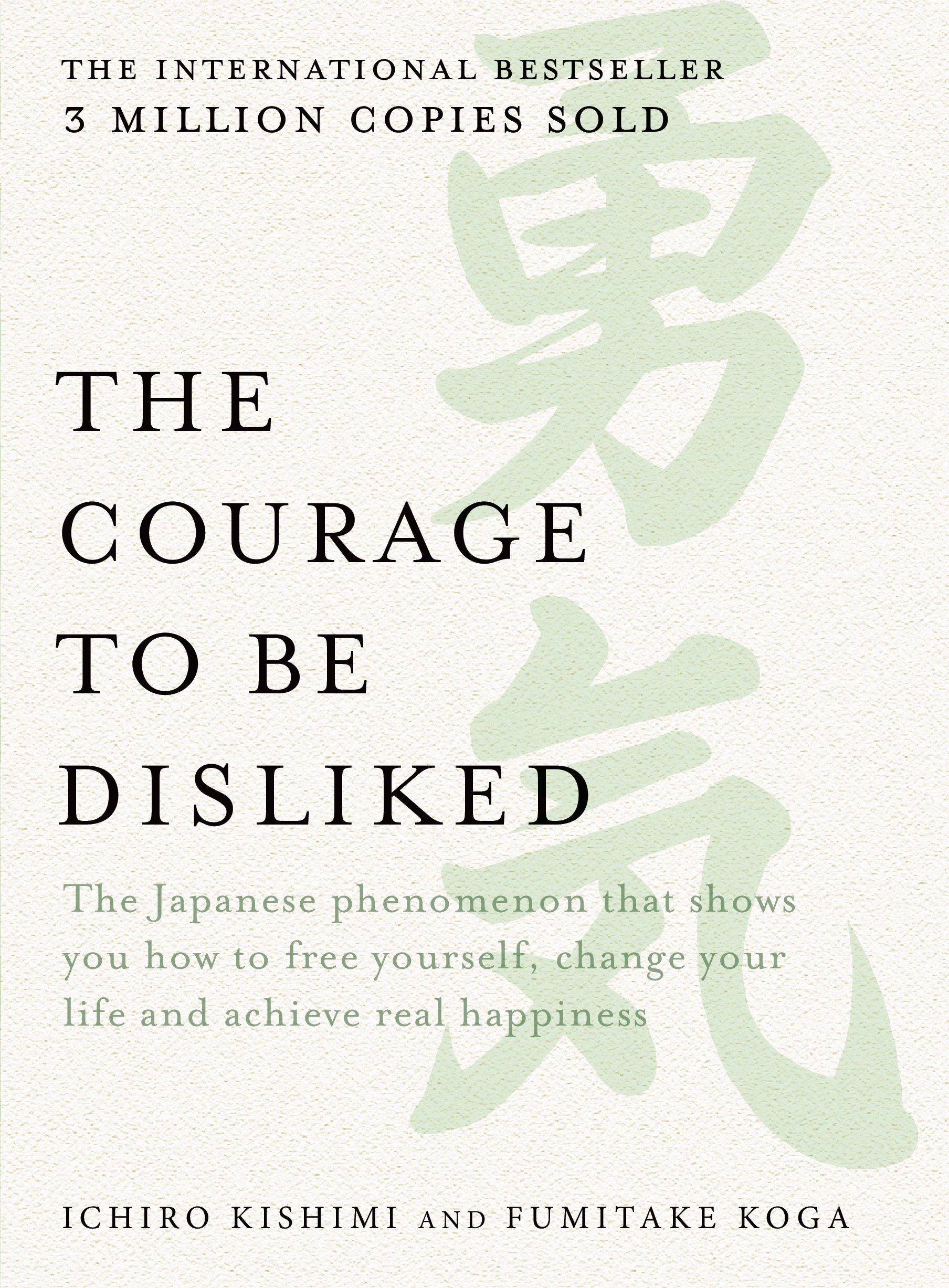 The Courage to Be Disliked
By Ichiro Kishimi and Fumitake Koga

Why I read this book

What this book is about

What are the key points?

It’s a Q&A between philosopher and yoga (like Socrates and Aristotle). The dialog is intriguing at times and didactic at other times. But that’s by design. The conversation is a helpful literary device.

It’s a good read that helped me realize it’s OK to go on about my business. I don’t have to please everyone, and I don’t have to win everyone over. Just be myself, don’t engage in wrongdoing, and find happiness by contributing to causes that are greater than myself.