Deepak Chopra: Here’s what the world’s smartest leaders know about what it takes to be successful 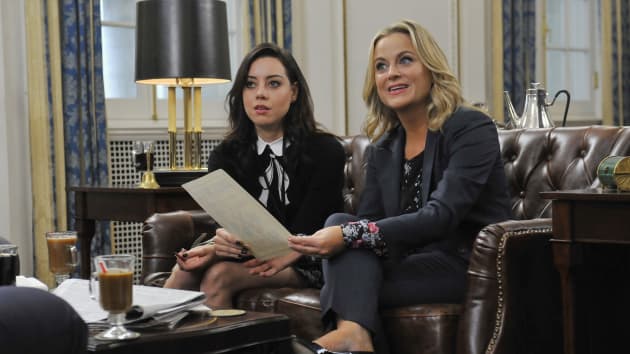 We all aspire to be leaders. Whether it’s being the CEO of a Fortune 500 company or the quarterback of a major football team, we’ve always glorified leadership skills — which is why there is no shortage of self-help articles explaining how to achieve such high status.

Unfortunately, there are many myths about leadership.

In the riveting account Leaders: Myths and Reality, authors General Stanley McChrystal, Jeff Eggers and Jason Mangone examine 13 leaders, from Albert Einstein to Margaret Thatcher, to explain the “formulaic myth,” in which leadership is distilled into a checklist of characteristics (i.e., charisma and emotional intelligence). The authors argue that this concept gives too much attribution to leaders–at the cost of recognizing the support behind their success.

“Leadership is a complex system of the relationship between leaders and their followers, and it should be understood in a way that provides meaning to their members,” the authors conclude.

Indeed, leaders cannot succeed without followers, so understanding how to be a good follower will give you the skills to manage up and shape your leaders to their greatest potential. Even better, mastering the art of “followership” can eventually help you become a great leader.

Here are the essential steps to becoming an effective follower:

When your manager gives you an assignment, show them you fully comprehend what is being asked by reiterating their intent. They may tweak their expectations, which will strengthen your understanding and may even save you fro having to argue with your colleague about the assignment details.

Even better, mastering the art of “followership” can eventually help you becoming a great leader.

In Leaders: Myths and Realities, Harriet Tubman is an example of a “Heroes” leader. In 1863, she traveled alongside Colonel James Montgomery in a mission to free slaves in South Carolina. As Montgomery’s head scout, Tubman fully understood the objectives of the colonel before undertaking the mission. She followed the plan with confidence and assumed the role of authority.

But as you get to know your manager’s work style, don’t try to emulate all of their leadership traits. When Satya Nadella was promoted to Microsoft CEO, Bill Gates offered him a piece of advice: “Don’t try to be like.” Nadella took that wisdom to heart. He learned that while Gates had his own style of getting things done, it was important for Nadella to develop his own style of leadership.

2. Speak up…when the time is right

As a follower, speaking out at the most appropriate time will help gain supporters of your own.

Of course, it matters how you speak up. At work, it might be better to share your feelings with your leader in private instead of undermining them without notice. With national politics, you can write a letter to congressman or tweet your opinions and including their Twitter handle.

Maximilien Robespierre, an 18-century French lawyer and revolutionary figure, was a great example of this. He believed in the Declaration of the Rights of Man, a human rights document drafted during the 18-century French Revolution, and was vocal about adhering to its principles. “Many of his fellow deputies didn’t yet know who he was, but his words distinguished him,” writes McChrystal and his co-authors. “He began to speak more often, becoming a spokesman of the left at a moment. And he did so in an environment where that kind of role equated to leadership.” his passion and became a CEO

Get to know people in your organization and community. Not only will you gain important friendships, but you’ll also earn the confidence of your leader. As a result, they may start relying on you to convey the sentiments of the “people on the front lines” or those “in another geography.”

Zheng He, a 14-century Chinese maritime explorer, traveled the world at the behest of his emperor and developed an international network of connections. He was able to let his master know about the conditions around the world, thereby educating those who lived in China. When your manager or leader is in need of knowledge, you can be there, ready to share your insights.

After all, where would Bill Gates be without his 46 million Twitter followers?

[This article was also published on CNBC]