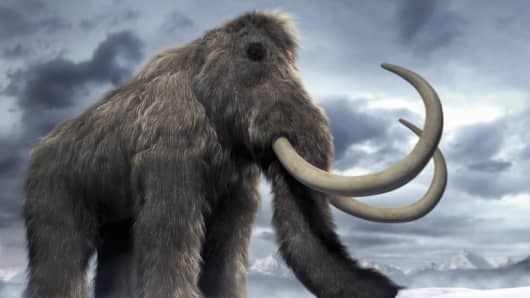 Recently, I spent three mind-bending days (and party-filled nights) at “Summit at Sea,” a conference of a couple thousand entrepreneurs and game-changers on a charter cruise from Miami to the Bahamas.

Here are some of the most intriguing ideas that I heard regarding what might be the next big thing:

Kalanick, in a conversation with Schmidt, said he’s a believer in the future of driverless cars. He sees Uber as a technology company and has a vision for how the company would evolve in a driverless world.

He thinks Uber could create training and vocational programs so that drivers can learn new and different skills — in the event driverless cars catch on, rendering their services unnecessary.

The end of mass incarceration

Legend and singer-turned-activist Harry Belafonte spoke passionately about how the arts can be used to focus people’s attention on burning issues of the day such as mass incarceration. They were joined onstage by bestselling author, lawyer, and social-justice advocate Bryan Stevenson, who argued that America imprisons too many people: The U.S. has the highest incarceration rate in the world at 716 for every 100,000 people, according to the International Centre for Prison Studies.

The goal is to create enough of a consensus to change sentencing guidelines. Both Legend and Stevenson have been meeting with prosecutors to explain their vision.

Author and biologist Stewart Brand spoke cogently about how humans could use advances in synthetic biology to bring an extinct species back to life. He said the DNA of woolly mammoths have already been sequenced and could be used to resurrect the species.

Bringing back an extinct species, he believes, will increase the biodiversity of life on the planet. Most biologists believe that increasing biodiversity is a good thing for the planet.

Brand reasons that most people support protecting endangered species, so why not bring them back? Humans could reverse their own damage to the planet. Though de-extinction hasn’t happened yet, many biologists are working on making it happen.

Transgender model and friend Geena Rocero joined me for lunch and explained that she thinks the next big thing is realizing true equality for transgender individuals. She grew up in Manila, Philippines, and became an internationally-known model who delivered a TED talk in 2014 that has garnered more than 2.7 million hits. She said that far too many transgender individuals face discrimination around the world.

Also joining us for lunch was Tiq Milan, a noted human rights advocate who told me, “I’d like to see a cultural paradigm shift toward equity and seamless inclusion of transgender and gender non-conforming folks. Once we change the culture, the policies will follow.”

During the cruise, I also heard about how Detroit may be the next investing hot spot, how Warby Parker used eye wear to “reframe” branding, and how there’s a $50 billion opportunity in marijuana.

This boat didn’t hold any big idea at bay.

Commentary by Kabir Sehgal, author of the New York Times bestseller Coined: The Rich Life of Money And How Its History Has Shaped Us. He is a former vice president at JPMorgan and Grammy-winning producer. Follow him on Twitter @kabirsehgal.