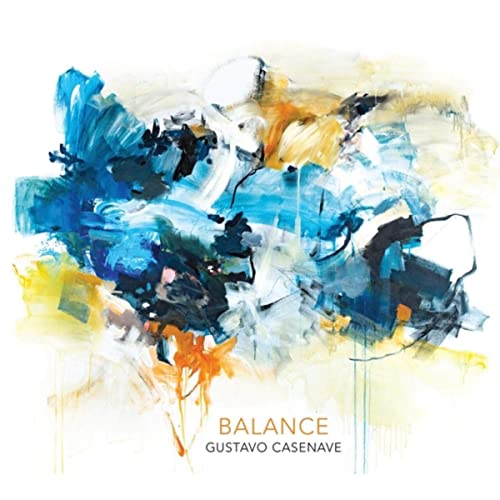 Balance is as much a journey as it is a destination. The perpetual motion of life often envelopes us without even noticing, as we move from moment to moment just trying to push forward. But this constant activity can leave us out of kilter, too much focused on one area of our lives, instead of another. Maestro Gustavo Casenave squares his focus on BALANCE for his new record, in which he grapples with how to find steadiness and poise in his life through music.

Since childhood, Cazenave has been balancing the musical traditions of classical, jazz, and tango. What’s more, he has had to find an equilibrium between his Uruguayan roots and American home. “I’m continually looking for my own essence, trying to discard clichés and make the most honest music that’s possible,” he says. On this album, you will hear Casenave in that perpetual motion, finding balance through music, paying the most exquisite of virtuoso piano solo performances.

The title track “Balance” features three movements that follows a more traditional format found in Western Art music, in which the middle passage is more tranquil. “Visible” is moored in the jazz genre, with a distinct and contemporary blues aesthetic. “Individual” is the shortest track on the album, perhaps a meditation on the importance of sublimating one’s ego, and trying to find accord with others. “Enigma” is about that of the unknown and music sounds like a search, a journey that leaves a curious door open to the past, inviting future experiences to contrast with past recollections. “Noble” portrays the beauty of life with an undulating middle section that suggests the ups-and-downs of life.

“Moral” is Casenave’s take on how we must respond gracefully in times of turbulence. The counterpoint and virtuoso passages make his track one of the highlights of the album. “Imperial” is indeed powerful and profound, that evokes memories of the strongest most indelible moments of our lives. It evolves into a recitative piano section before a strong conclusion. “Reunion” is about being with others, reflecting on the importance of spending time and forging relationships with those close to us. “Literal” portrays Casenave following the moment, using the present material to anticipate what happens next, exploring music freely and without hesitation. “Universal” has a steady, upbeat groove that incorporates jazz elements around a “universal” tonal center. “Total” moves from imperative to contemplative, until the ending passage which brings about a feeling of completion.

It has been a joy and high privilege to produce this album for Casenave, who has raised the bar yet again with his masterful and brilliant work.