The simple and only answer is I was born that way.

At age three or four, I would play popular tunes by ear on my grandmother’s piano.

The rest, as they say, is history — and destiny. The choice was made for me, for music is not a part of my life, but rather it is my life.

I always enjoy writing and listening to music, and I can’t imagine existing without this incredible language that allows me to explore the world of my emotions and express them to others, who can then take emotional journeys of their own.

I suspect I will be composing until I travel to the next world, and will no doubt continue to do so even there; perhaps I’ll be reborn as a singing bird.

Then the radio took hold of my ears (The Beatles, Carole King, James Taylor and Steely Dan).

As a youngster I didn’t have much exposure to “serious” modern music or non-Western genres.

I now have much more appreciation for those (for example, I actually studied traditional Noh drumming in Japan as a way to expand my musical inspiration and vocabulary) — but the bottom line is that I’m a sucker for melody.

My days are divided between composing and what I call “admin” (basically everything else — such as notating music I’ve already written in my head or recorded at the piano).

I find my creative juices flow best from late afternoon to early evening, so I try not to schedule anything then.

And I don’t differentiate between weekdays and weekends.

Each day is a potential workday, for inspiration can arrive anytime.

The nice thing about recording each new album is that it not only rearranges the rhythm of my rather solitary daily routine but launches me into a unique collaborative heaven. 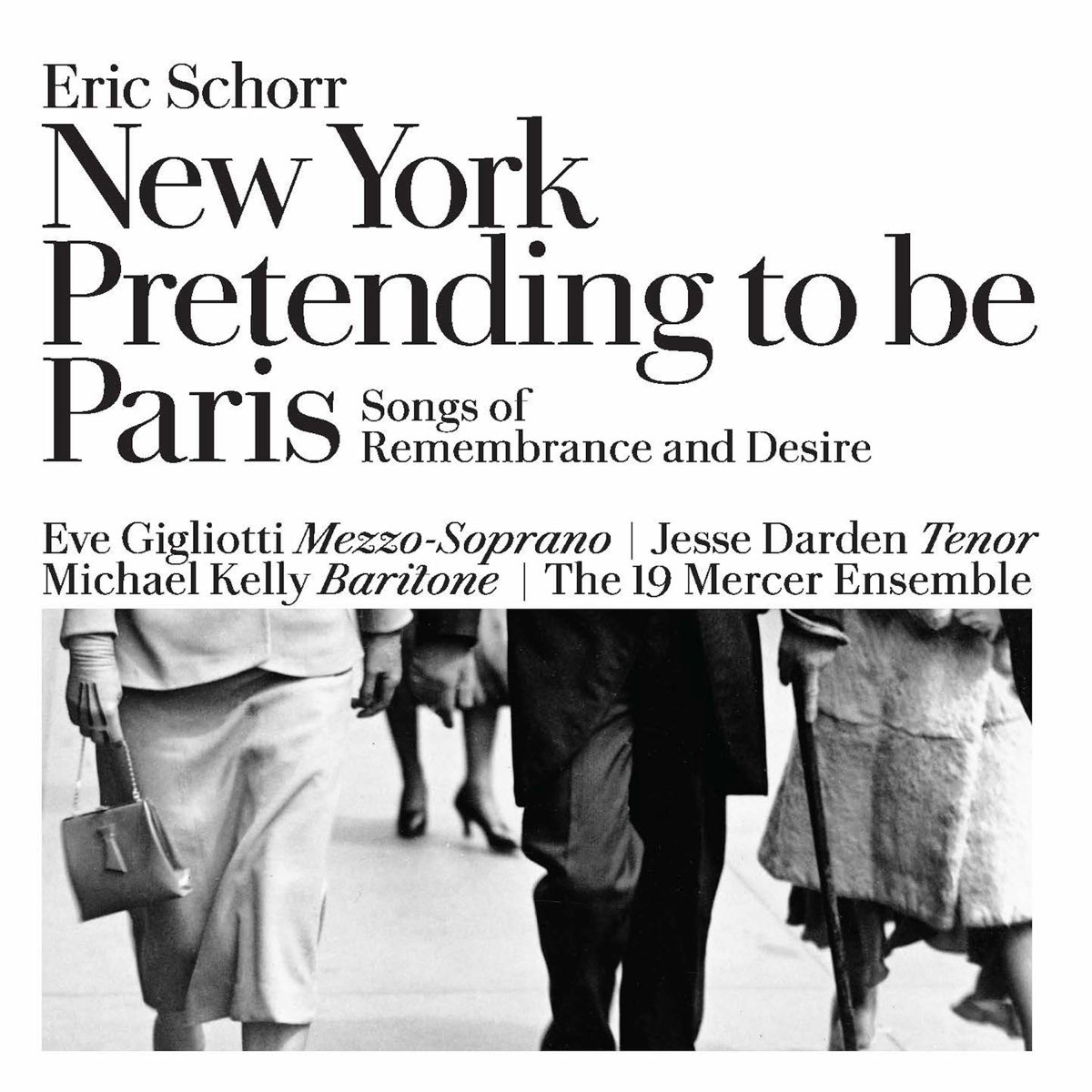 New York Pretending To Be Paris

The idea for NEW YORK PRETENDING TO BE PARIS, which is a collection of contemporary poems that I’ve turned into songs, had been gestating for some time.

I love reading poetry — somehow, the rhythm of the language and the power of the imagery fires up the neurons in my brain with music — and after reading thousands of poems in various magazines and collections over a couple of years, I carefully chose those that ended up on the album.

They are poignant and sexy, and thematically speaking, each one has something to do with desire and/or memory.

The eclecticism of my musical upbringing is reflected in the diversity of styles, ranging from classical to bossa nova to jazz. The pandemic, which forced each of us to consider the preciousness of life and our own vulnerability, only increased my desire to memorialize these songs and be able to share them with others.

The pandemic was the biggest obstacle.

In “normal” times we would have had all the musicians record in the studio simultaneously, but given the circumstances, we were forced to limit the number. This necessitated slotting in some musicians sequentially.

They would play to a previously recorded track, which is not always easy to do, but they rose to the occasion.

What I thought might be an obstacle but ended up not being one was that the singers, all classically trained, were readily willing to travel outside their usual operatic repertoire and embrace music that was stylistically very different.

(And all of us musicians, who had been starved of opportunities to gather earlier in the pandemic, were especially hungry to make music in person.)

Here is the list of the incredibly talented singers and musicians who appeared on the album, which was recorded at PPI Recording in New York City. The engineer was Chip Fabrizi and the producer was Paul McKibbins, two of the very best.