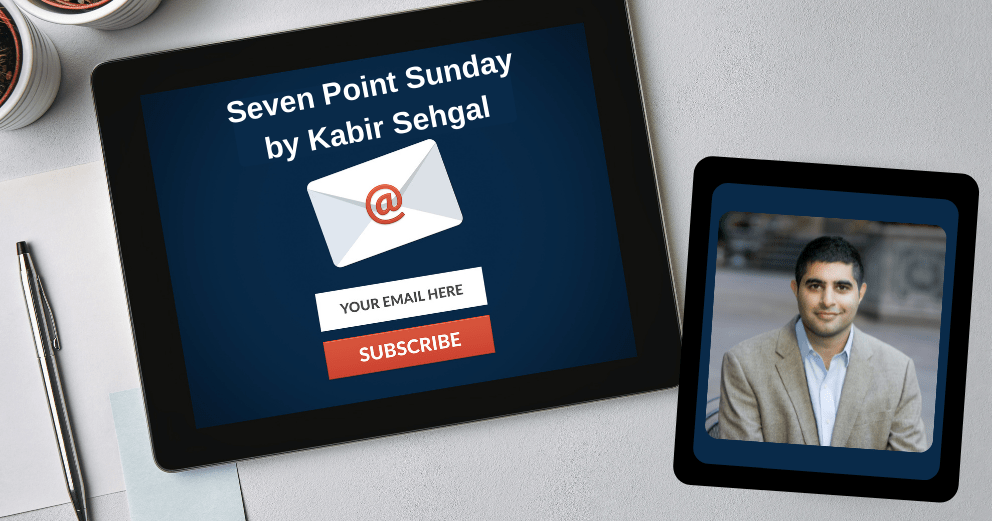 I’m starting a newsletter. Yeah, like for real. Straight from my keyboard to your inbox.
There’s something about this that feels both old and new. Newsletters (and newsgroups) were some of the first online communities. And now they’re coming back, as several social media platforms are letting their users create newsletters to communicate directly with their audiences. Sure, I post to Facebook, IG, Twitter – but it’s hard to know who is seeing what, as the respective algorithms limit the organic reach of posts.
So, we’re back to good ole fashioned email. I’ve been meaning to do this for a while, and it’s taken me a year into the pandemic to finally set this up.
What will I cover in this newsletter? A bit of everything: personal development, productivity, business, investments, politics, music, films. While that may seem “all over the place,” I hope my curiosity will be of interest to you, and we may grow together. I’ll also provide updates on my projects: music I’m making, books and articles that I’m writing, films I’m producing. This newsletter will evolve and find its own groove. I hope that you enjoy my missives and that you encourage your friends to read and subscribe.
The Lede
My opera just came out!
Angela’s Ring: An Opera Revue of the European Debt Crisis
Listen here
Why I created a jazz opera about the European Debt Crisis

My friend Michelle Caruso-Cabrera was a CNBC news anchor who performs on the opera. She’s also running for Comptroller of New York City.

Huge congratulations to my friend @kabirsehgal on releasing his new jazz opera "Angela's Ring" about the European Financial Crisis. It also features my reporting which you can hear below👀🔊 pic.twitter.com/246se8XcCZ

My long time creative partner Arturo O’Farrill won a Grammy Award for Best Latin Jazz Album for his album Four Questions which is inspired by the wisdom of W. E. B. DuBois. I was blessed to help produce the album. Listen here.
Here’s what I wrote in the liner notes:

Four Questions is the sixth production on which Arturo and I collaborated, over almost a decade. It’s been amazing to see Arturo’s journey as an artist and intellect. He makes music that is both contemporary and timeless, provoking questions among listeners to observe their surroundings. That this project is grounded in the philosophy of one great American writer, W.E.B. Du Bois, it’s fitting to cite another. The influential African American jazz critic and novelist Albert Murray believed that cultural diversity was a hallmark to America’s strength, and I know that Arturo believes this, too. Moreover, like Murray, Arturo believes that the powers that be should be called out for intolerance and bigotry.

We are so blessed to win a Grammy for the Best Latin Jazz Album, Four Questions! The genius of brother Arturo O'Farrill, his great orchestra & my spoken words saluted the inimitable W.E.B. Du Bois! We had our debut at the historic Apollo Theater! #Grammys https://t.co/9wOWJDf8Bq

Heartiest congratulations to my dear brother @CornelWest and Arturo O'Farrill & The Afro Latin Jazz Orchestra (@afrolatinjazz) for winning a #GRAMMY for Four Questions! W.E.B. Du Bois is smiling down on the souls of Black folk!!!