3 Advantages to Being an ‘Intrapreneur’ 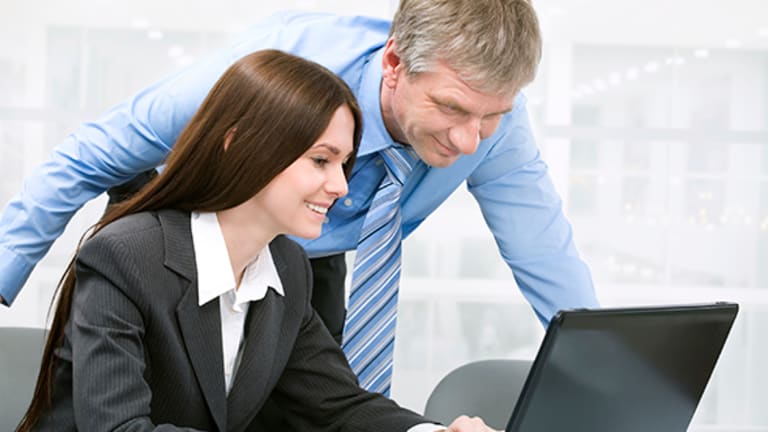 Starting a company isn’t for everyone. I should know: I founded one and failed.

After licking my wounds, I realized that I could still be a self-starter. While working at an investment bank, I traveled the world helping the firm to grow its revenue in new markets.

With all the time on the road, I found time to write a book on money, and my paycheck helped me to finance my other interests. Instead of being a classic “entrepreneur,” I was an “intrapreneur,” someone who builds within an established organization, or uses his or her paycheck to finance other interests. Here are three advantages to being an intrapreneur.

1. You Get a Paycheck

Intrapreneurs get paid. You’ll receive a biweekly influx of capital to spend as you choose: buying groceries, donating to charities, or investing in your (or your friend’s) start-up company.

Behind every successful start-up company is a group of angel investors also known as intrapreneurs. They work traditional jobs at investment banks, law firms and fax machine companies. Usually they’re top performers, making enough discretionary income that they can invest in other ventures.

Sara Blakely, the founder of SPANX, was an intrapreneur before she was an entrepreneur. She worked as a fax machine salesperson in Florida and noticed that traditional pantyhose didn’t work well with her open-toe sandals. This gave her the idea for SPANX, a hosiery and slimming undergarment company. But she didn’t quit her job — at least, not at first. Her job helped her cover some of the initial costs of her company. This went on for years until she resigned two weeks before SPANX was featured on The Oprah Winfrey Show.

Starting a company isn’t for the faint of heart. Not everyone can raise millions of dollars in seed capital, so you will likely be on your own. An intrapreneur knows that he or she doesn’t have to leave a steady-paying job to invest in a company or start one.

2. You Have Better Odds of Succeeding

Intrapreneurs have better odds at becoming successful: making enough money to live comfortably. They can afford to go on vacations while also building their retirement savings.

On the other hand, most entrepreneurs fail. In her provocative and well-argued book The Entrepreneur Equation, Carol Roth, a former investment banker, exposes the stark reality: Ninety percent of those who start their own companies fail within a few years.

“Nobody has been telling you and the other aspiring entrepreneurs that there is a chance that owning your own business isn’t the right path at all,” Roth writes. “Just because you are passionate about something … you might not be so excellent at having it manufactured, finding customers for it, or managing the cash flow in between.”

Many people know that Gates dropped out of college to found Microsoft (MSFT). What they may not know, Roth writes, is that he came from wealthy family with very useful connections and had amassed years of experience with computers while still young.

“So, Gates had around a decade of experience, limited downside risk, awareness of the huge potential of the upside, the right connections, and many other items that balanced his risks and rewards and stacked the odds in his favor,” she writes.

Roth has done us all a favor in pointing out the oh-so-forgotten parts of the legendary Microsoft co-founder’s story.

“I tell people all the time — don’t quit your day job,” Roth said in an interview. “People don’t do the math about what it takes to be an entrepreneur. They work from the wrong assumptions.”

Roth said that an acquaintance asked for advice on a business plan. Even if everything went according to plan, the business would have generated only $22,000 in revenue, she said.

“People need to get educated about entrepreneurship,” said Roth.

That’s why she says she wrote her book, which is one of the most realistic and forthright takes on the hard-knock life of an entrepreneur.

After you read it, you might realize that you should be happy where you are: being an intrapreneur, with a higher probability of “success” over the long term.

3. You Can Make a Greater Impact

Intrapreneurs can make a greater impact on the world than entrepreneurs. Let’s say you are passionate about creating clothes that are made in an environmentally responsible manner. You could start your own clothing line, hire designers, build out a marketing team — and maybe you will be successful.

Or, you could be an intrapreneur and work at Levi Strauss & Co. Social intrapreneurs launched Levi’s Water<Less jeans initiative, which has already saved 172 million liters of water. In fact, Levi has made more than 13 million products with its Water<Less finishing.

If you want to have a global impact, help reform a multinational corporation. A small change at a large company can ripple throughout the world. Of course, working at a large company presents its own challenges, such as change-resistant bureaucracy and strict compliance policies. But you don’t have to leave your company to challenge it.

As an intrapreneur, you know that it pays to keep your day job.