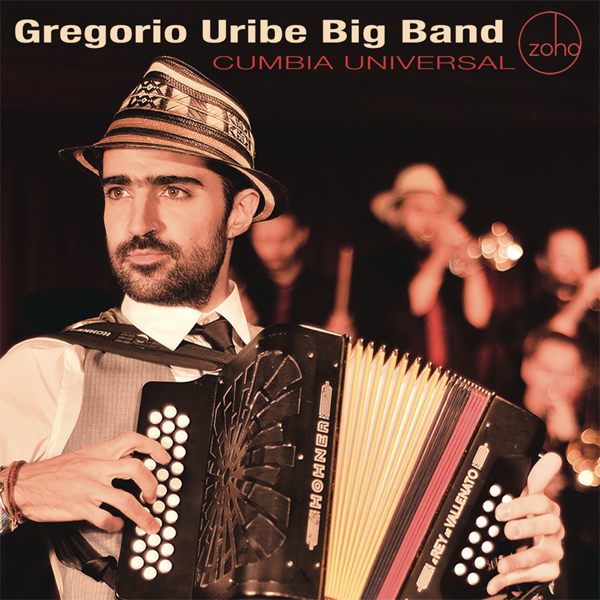 It’s Thursday night. The sun is down, and a star is out. A line forms outside Zinc Bar in Greenwich Village. They come to see the man in the hat: wearing his trademark sombrero vueltiao’, Gregorio Uribe takes the stage with aplomb. The Gregorio Uribe Big Band begins with a burst of tropical rhythms and ends with a fury of jazz harmonies and whistle-to-yourself-melodies. Indeed, the secret is out: Gregorio is the most exciting Latin musician to hit the scene in years. Hailing from Bogotá and educated at Berklee, Gregorio draws inspiration from the music of Rubén Blades and Duke Ellington. His sixteen-piece big band is composed of musicians from six countries, which has performed at the Kennedy Center and Blue Note. At last, the Gregorio Uribe Big Band releases its debut album Cumbia Universal. Cumbia is part rhythm, part genre and part movement, explains Gregorio. We hear the full range of cumbia: traditional Colombian folkloric rhythm that makes you dance; and sophisticated arranging with thoughtful lyrics that compel you to think. As you move your feet, make sure to look up — this album is the opening salvo of a soaring star.