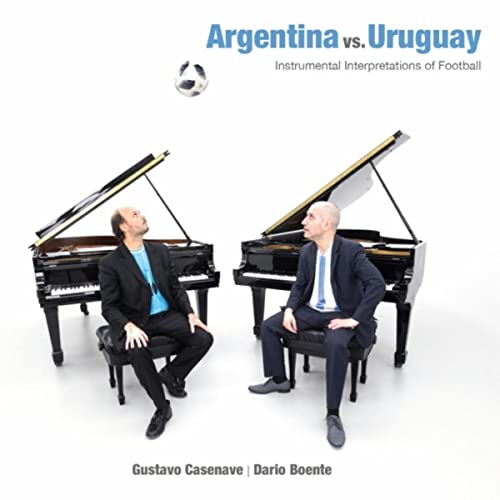 And so the match was set. On a wintery day in a recording studio in Queens, New York, a few friends and family members gathered to watch Argentina vs. Uruguay, Boente vs. Casenave. Both pianists wore their team’s national jerseys and took turns manifesting their respective and
sublime compositions on the piano – eleven tracks overall (to equal the eleven players on a football team), five tunes written and performed by the Uruguayan, and five by the Argentinian, with one tantalizing duet. It should be noted that the production crew was also part of the festivities, wearing their national team jerseys (Cuba and USA), while blowing whistles and occasionally displaying a yellow card (yes, really) when a wrong note was played, and a red card when the jokes got particularly salty. We had fun. And that was really the point.