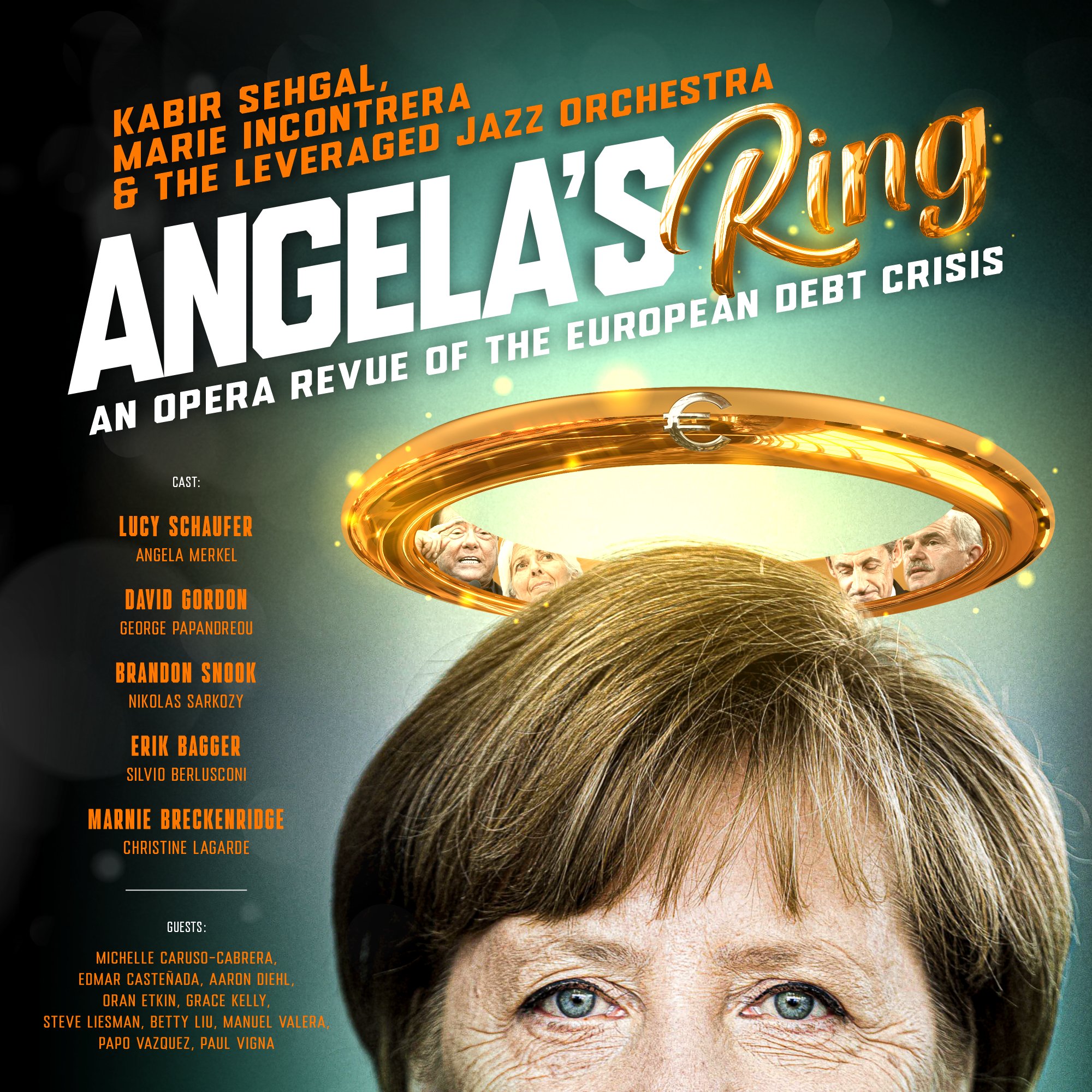 Angela’s Ring is a dramatic recounting of some of the seminal of the European debt crisis. This is the story of the European debt crisis and how Chancellor of Germany Angela Merkel shoulders the responsibility of saving the euro. But her rigidness and other factors lead to ruin in Greece, and panic spreads to other countries, threatening the very existence of the currency.

At the beginning, Merkel and other European officials sign their commitment to the euro. Merkel seduces Greece Prime Minister George Papandreou with the promised riches of joining the Eurozone. After a raucous celebration, Papandreou awakes to a terrible hangover: his country faces a debt crisis. Christine Lagarde, Director of the IMF — cast as a goddess — urges him to be more disciplined. He appeals to Merkel for debt forgiveness, but she demands that Greece implements austerity. Papandreou concedes, and the European leaders bailout Greece. But harsh austerity leads to ruin not only in Greece but endangers Europe itself.

After Papandreou’s resignation, Merkel realizes her intransigence, softens her stance, and agrees to additional bailouts. The leaders recommit to the euro, even though it has exposed contradictions at the heart of Europe.