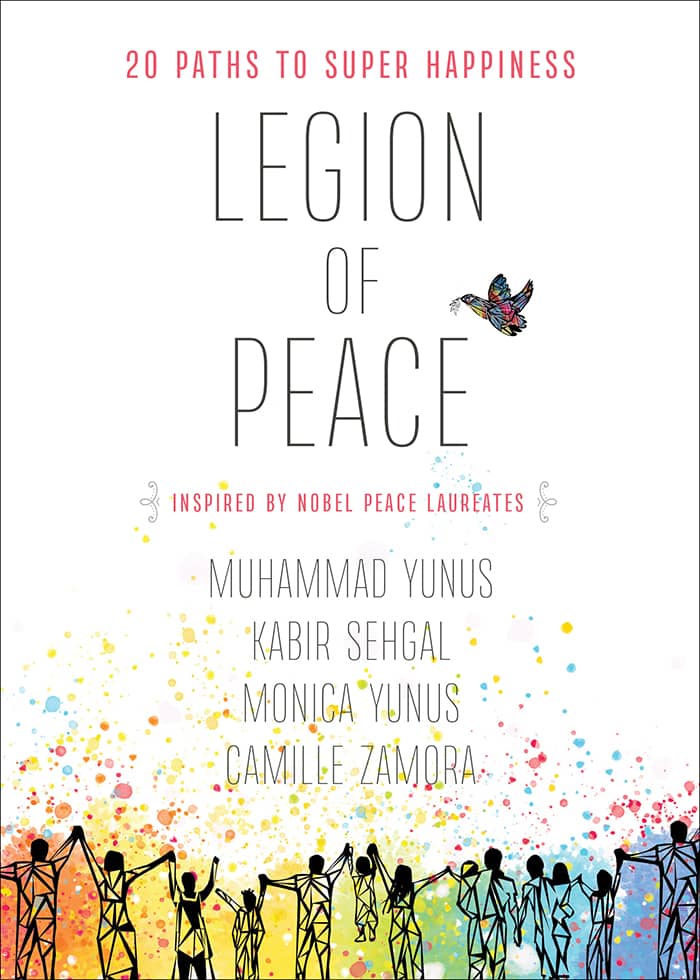 When Swedish chemist and engineer Alfred B. Nobel passed in 1896, he left several millions in his will to establish the Nobel Peace Prize, awarded annually in six concentrations: peace, literature, physics, chemistry, physiology or medicine, and economic science. Since its establishment, there have been over 130 Nobel Peace laureates selected, each bringing his/her own unique experiences and lessons forward as an example to others.

Through this lyrical narrative, the authors share stories of these laureates’ seemingly ordinary actions that transformed their lives and communities. The authors assign a superpower to each laureate that exemplifies the one basic principle that guided their actions, demonstrating to readers that all people from vastly different backgrounds can be connected by a common thread to come together to form a legion of peace.