Would you offer 80% of your net worth to a friend? My dad did and here’s why 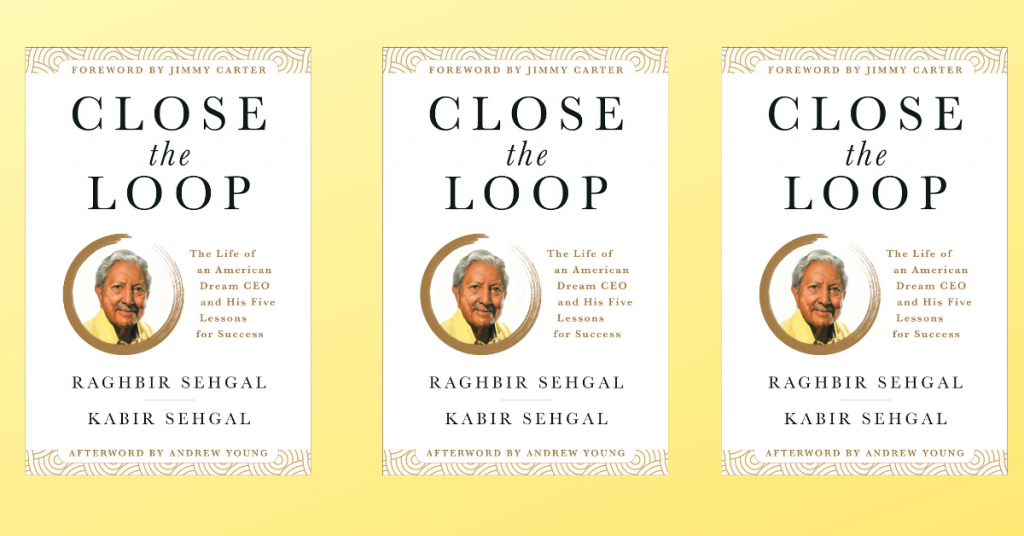 When it comes to developing friendships, I’m not sure the Golden Rule goes far enough. “Do unto others as you would have them do unto you” is surely sensible and sage advice. But its implicit reciprocity sets up an expectation regarding how you want to be treated. I’m not saying the Golden Rule is selfish, it just puts the focus on what you would want.

My father instructed me to serve without expecting the other person to return the favor or gift. To be honest, my father likes to WOW people by putting them first. It wouldn’t be wise for him to expect people to treat him similarly, lest he would frequently be disappointed. So, here is the adage that my father taught me:

Go ABOVE & BEYOND and don’t expect anything in return.

In the last couple installments of my newsletter Portfolio Career, I shared how my father Raghbir Sehgal has lived the American Dream. And how he climbed the corporate ranks to become CEO by putting his managers first. You can learn more about his incredible career in our new book: Close the Loop: The Life of an American Dream CEO and His Five Lessons for Success (Hachette, 2020) by Raghbir Sehgal & Kabir Sehgal. Throughout his journey, he stood out because he kept serving others. That isn’t a platitude.

Would you offer 80 percent of your net worth to someone in need? It sounds absurd and foolhardy. But that’s exactly what my father did. In his estimation, “You don’t take your belongings with you, so give them while you can.”

In the late 1980s, a prominent Atlanta-based architect, John Portman, was having a difficult time obtaining the financing needed to keep his business afloat. Portman was a mentor to my father and by then they had a relationship of at least twenty years. Upon hearing the news of Portman’s challenges, my father who was the CEO of Law Engineering, instructed his CFO to prepare a stock certificate that represented over 80 percent of his holdings in the company (worth over $1 million).

He visited Portman and said, “John, I’m not in the same league as Marriott or Rockefeller. But I am here to offer you this check. More than 80 percent of my wealth.” He told Portman that he had two conditions: First, please keep the conversation private; second, Portman did not need to return the money if he didn’t have the funds to repay. Yes, he was offering the capital with no expectation that it would be returned.

There were a few moments of silence as Portman absorbed the magnitude of what my father was offering. Indeed, Portman was both touched and blown away by this gesture.

“R.K. [Raghbir], you’re right that you’re not in the same league as a Rockefeller or Marriott. But the terms you’ve offered won’t come close to theirs.” He hugged my father and said that he couldn’t accept the check (but if he truly needed it as a last resort, he would call Raghbir).

The story remained private but came out years later in 1991 when there was a news story that Portman was supposed to be on a flight that crashed in Georgia. Portman had told the story of my father’s generous offer to one of his friends, Charlie Loudermilk (the founder of Aaron’s, a large furniture rent-to-own company). When the story about the plane crash was published, Loudermilk was quoted as saying that Portman was lucky and that he has many friends such as Raghbir who offered such a substantial offer when the famous architect was in need. My father was livid, but Portman explained what happened. And my father’s generosity has become something of lore in Atlanta’s business community.

[Raghbir with Joan and John Portman]

My father’s generosity is informed by his growing up in India. He learned that the material possessions that that we covet are but illusions which distract us from what is most important. By detaching from things such as personal wealth and success, we can discover our true selves. We connect with others in a deep and meaningful way.

Paradoxically, the more you give, the more you receive. And that’s the way I’ve navigated my careers across many disciplines. When I enter a new field, the first thing I ponder is – who may I serve?

Kabir Sehgal is a Multi Grammy & Latin Grammy Award winner. He is the New York Times bestselling author of fifteen books including Close the Loop: The Life of an American Dream CEO and His Five Lessons for Success (Hachette, 2020) with his father Raghbir Sehgal. Kabir is also a US Navy Veteran. He hosts the nightly Quarantine Concert Series which features musicians on LinkedIn and other platforms. Follow him on Twitter.