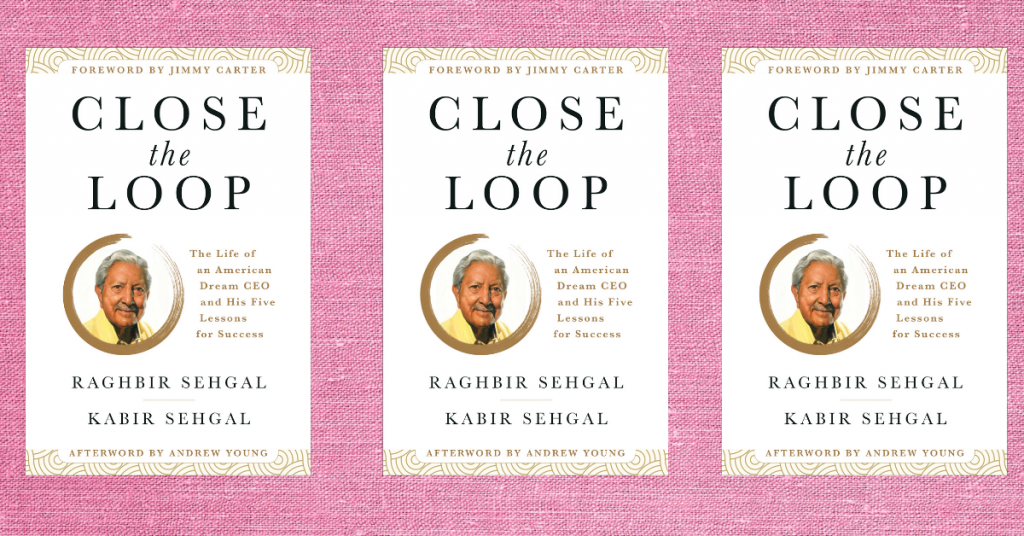 Not everything that glitters is golden.

My father taught me not to jump at every opportunity that comes my way. He advised me to think carefully about the pros and cons of each step to make sure that I made a decision for the right reasons. This is how he evaluated a lucrative job offer that came his way.

In the past editions of my newsletter #PortfolioCareer, I have shared how my father Raghbir (R.K.) Sehgal has lived the American Dream. But what makes my father’s story unique isn’t that he has embodied the American Dream archetype but that of servant leader. He once offered 80% percent of his net worth to a friend in need. Generosity is his calling card, and he has built lifelong friendships by being kind and doing things for others. By serving others, he was elevated to become the CEO of Law Companies, which was one of the largest engineering firms in the 1980s and 1990s. You can read about his Forrest Gump-like life in our new book Close the Loop: The Life of an American Dream CEO and His Five Lessons for Success.

In the early 1990s, my dad was visiting the London office of his firm when he received a call from his marketing director based in Singapore.

“R.K., the Prince of Brunei wants to discuss business opportunities in the sultanate with you,” said the marketing director. It was a personal invitation from Jefri Bolkiah, the younger brother of the sultan.

My father agreed to visit the Brunei for a couple days and only packed one suit. While on the plane, the flight attendant spilled an entire tray of orange juice on him! His suit was wet and sticky, and he arrived in Brunei a mess! Upon learning of the news, the prince dispatched his tailor who created two suits made out of the finest material for my father.

In the morning, the prince and my father met, and they talked about engineering and development opportunities in the country. At the time, Brunei was embarking upon developing an ambitious infrastructure plan. They needed someone to oversee the initiative, and the Prince broached the topic with my father, wanting him to be the Chief Engineer.

“I’m very flattered by your offer, but I am gainfully employed,” responded my father.

The Prince wouldn’t take a no and said that he would double or even triple Raghbir’s compensation. After thinking about the offer for a day, my dad returned and told the Prince that he had to decline the offer because his wife didn’t want to move to Brunei.

“We can find you another wife!” said the Prince. And he had his mandarins provide my father a binder of women so that he could select a new wife.

It was over the top! But my father had already made his decision. During the 1970s and 1980s, my father had opened Law’s office in Saudi Arabia. He met his fair share of members of the royal family.

“I learned that you never want to work with a king. When time are good, it can be a lot of fun. But when things go poorly, they can chop off your head,” observed Raghbir.

When you think about it, I think that’s pretty good advice for the corporate world, too. The great Maya Angelou said “When someone shows you who they are, believe them the first time.” Not everything that glitters is golden. Take the time to conduct reference checks on those with whom you work. Think through the pros and cons of your major career decisions.

Kabir Sehgal is a Multi Grammy & Latin Grammy Award winner. He is the New York Times bestselling author of fifteen books including Close the Loop: The Life of an American Dream CEO and His Five Lessons for Success (Hachette, 2020) with his father Raghbir Sehgal. Kabir is also a US Navy Veteran. He hosts the nightly Quarantine Concert Series which features musicians on LinkedIn and other platforms. Follow him on Twitter.