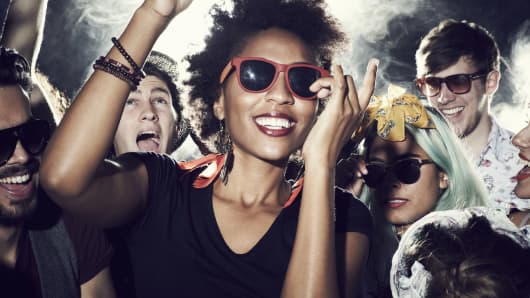 Should the work week be shortened from five days to four?

Because you work sixty-two hour weeks; because your manager walked out of a Dilbert cartoon; because the recent China selloff bled your portfolio; because you want to read a good book; because you want to binge watch “Orange is the New Black” (anyone? just me?); because Sunday evenings are the worst of the week (excluding the NFL season when NBC broadcasts Sunday Night Football); and because you simply enjoy those serene moments at home with family, rendered in your mind like a Norman Rockwell painting; you will ask yourself the same question during this long, three-day, Labor Day weekend.

Your curiosity has companionship: according to a UK study, 57 percent of people support adopting a four day work week (and a three day weekend); in another survey, 69 percent of millionaires like the idea.

With numbers like that, one of the also-ran presidential candidates should add three-day weekends to their platform. Indeed, there are many compelling reasons to contract the work week and lengthen the weekend. Here are but three:

1. Productivity: Just because you work long hours doesn’t mean you are productive. According to a study published by The Economist, there was a negative correlation between productivity and hours worked. For example, Germans clocked in an average of 1,400 hours per year, but were 70 percent more productive than Greeks, who worked 2,000 hours.

Many employers have recognized that overworked employees make mistakes, so they offered more flexible schedules to boost productivity. For example, Ctrip (CTRP), a China based travel booking firm, found that its employees that worked from home demonstrated a 13 percent increase in productivity. The founder of 37Signals, a software company that has implemented four day work weeks from May to October, observes, “When there’s less time to work, you waste less time.”

2. Health and happiness: Working long hours can be hazardous to your health. In Japan, approximately 400 people die each year from work-induced strokes, heart attacks, or suicides. They have a term for this phenomenon: karoshi. Even long hours sitting at your desk are harmful. One study found that many of us are seated for 12 hours every day. While you’re seated, you burn about 50 calories fewer per hour than if you were standing. Sitting increases your chances of heart disease, muscle degeneration, back pain, and colon cancer. Of course, you could use a use a stand-up desk.

But if you want be happier, then you’ll need a three day weekend. Four day work weeks would yield 52 additional days for people to spend as they please. These extra days would likely lead to more happiness. According to Gallup, Americans are happiest on weekends and holidays: in 2014, 68 percent of people said they experienced happiness on Thanksgiving and 67 percent on Independence Day, the two most jovial days of the year. Not only will you be more time-rich, you might save money: spending less on day care and gasoline for the commute to work (which would ease traffic and help the environment).

3. Precedent: Employers and even school districts have embraced the four day work week. The Society for Human Resource Management reports that 43 percent of firms already offer some of their employees the option of a four day work week, but only 5 percent of large companies extend the perk to its entire workforce.

Larry Page, CEO of Google, hinted at a conference in 2014 that a four day work week would be a good idea. The CEO of Tree Hugger, a web-based education company that has implemented a four day work week puts it starkly: “Just remember, you only have 2,000 weekends, and then you die.” More remarkably, a study published in “Education Finance and Policy” found that students who had four day school weeks earned higher math scores than those who were in school five days each week.