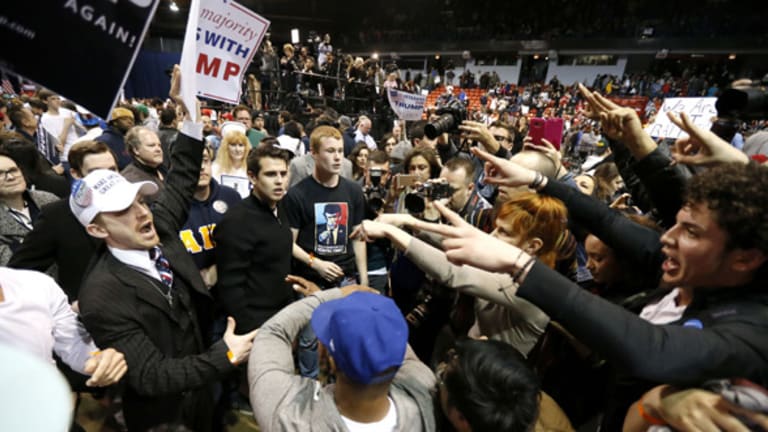 Like many, I initially doubted Trump’s high poll numbers, thinking they would surely fall once voting began. But I’ve watched in disbelief as this brash billionaire has converted his strong poll showings into a commanding delegate lead for the GOP nomination.

To understand how, political analysts have dissected polls, exit polls, and voting results, looking at various attributes: demographics, gender, race, age, income, and values. While these factors are helpful in explaining who is supporting Trump and why, they only tell part of the picture: A poll tells you what a voter thinks, but a brain scan shows you how they think. If you want to know what’s on the minds of voters, watch what’s going on in their brains.

Here are a few insights from neuroscience studies that reveal how people make voting decisions:

First, many don’t vote based on policies. Political scientists have long postulated that there are two types of voters: instrumental and expressive. Instrumental voters support a candidate so that they can implement their policies. Expressive voters support a candidate to register their approval of them. It’s like cheering for your team at a baseball game. They might not win, but it’s a reward in itself to support them.

According to a study published by the Journal of Neuroscience, Psychology, and Economics, the brain scans of “non-altruists” (those who prefer money isn’t donated) have heightened neural activation in the regions associated with expressive voting. Translation: Some voters aren’t necessarily condoning Trump’s policies. They are deriving pleasure from voting for him, sticking it to the political establishment. They support the messenger, even if his message, like starting a trade war, would be economically deleterious to them.

Second, partisans don’t process new information rationally. In a study published in Journal of Cognitive Neuroscience, the brains of thirty partisan voters were scanned while they were provided positive and negative information about the candidate that they supported. As the voters encountered new data, there wasn’t much activation in the prefrontal cortex, a brain region associated with deliberative, rational thought. However, there was heightened activity in the areas known for emotions and rewards.

In other words, those who vote for Trump (or for that matter, any partisan) may be physiologically incapable of evaluating data that counters their preexisting beliefs. “When reason and emotion collide, emotion invariably wins,” writes Drew Westen, a co-author of the study, who also penned a book on the role of emotions in voting. Remarkably, researchers can predict someone’s decision based on emotion more than 80% of the time.

Third, a complex decision requires a healthy brain. A study published in the Journal of Neuroscience finds that an area of the brain known as the “lateral orbitofrontal cortex” (LOFC) is highly involved in evaluating complex political data and rendering a decision. “The LOFC appears to be important when decisions are hard, helping to select the best from among options of similar value,” said Dr. Lesley Fellows, a co-author of the study.

The takeaway is that there may be biological impediments and genetic factors that shape voting decisions. So if you’re a Trump voter, and someone gives you a hard time, tell them it’s not your fault: It’s just your brain..