What Exactly Is a ‘Frontier Market’? And How You Can Invest 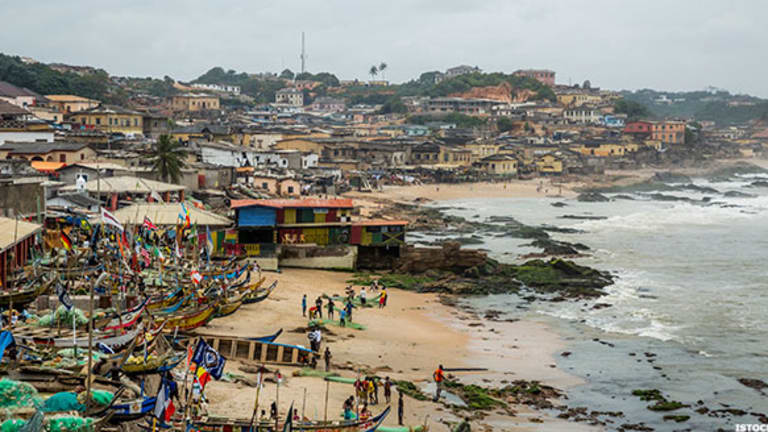 Just as “emerging markets” is thrown around by financial media, another term, “frontier markets,” is increasingly bandied about. But new and even established investors may not know what it means, perhaps assuming that emerging and frontier markets are the same thing.

Ruchir Sharma, an emerging-markets strategist at Morgan Stanley, writes in his book Breakout Nations: “The simplest way to think about these nations is that they are open to foreign investors but do not follow orthodox market rules. This state of semi-lawlessness makes them volatile…with [potentially high] economic growth rates.”

There’s an index for these markets: the Morgan Stanley Capital International (MSCI) Frontier Markets Index. The criteria for a frontier market include: “at least some” openness to ownership by foreigners; “at least some” ease of capital flows; “modest” operational framework efficiencies; “modest” institutional framework stability; “no requirement” of sustained economic progress; and market capitalization and liquidity requirements. The criteria are based, in part, on qualitative feedback by institutional investors regarding their experience trading in these markets. And MSCI monitors, adjusts, and rebalances its criteria on an ongoing basis in order to reflect the ever-shifting marketplace.

The MSCI Frontier Index is composed of 124 stocks based in 24 countries. The biggest country weightings are Kuwait at 21.23%, Nigeria at 13.86%, Argentina (which was demoted from emerging-market status in 2009) at 10.87%, Pakistan at 9.6% and Morocco at 7.15%. From a sector perspective, 51.79% of the index is in financial securities, 13.62% in telecommunications and 8.02% in consumer staples. The largest individual security weightings are National Bank of Kuwait at 7.15%, Kuwait Financial House at 5.02%, YPF (YPF) (an Argentine energy company) at 4.27%. The median market cap of companies in the index is rather small at $434 million. The entire market capitalization of the index is approximately $100 billion, paltry compared to the $3.3 trillion of the MSCI Emerging Markets Index.

It’s important to note that frontier markets isn’t just a catch-all for countries that are less developed than “emerging markets.” Plenty of countries are beyond the pale for investors and don’t qualify for even frontier status. They included Turkmenistan, Ukraine, Syria and Afghanistan. It’s also worth mentioning that frontier markets are very risky: There is less regulation, frequent insider trading, and a lack of market and equity research.

If you are going to invest in these markets, you should visit these countries, so you can talk in person with local investors and get a feel for the investment climate. But traveling to these countries comes with hazards. Ruchir Sharma noted that when he traveled to Pakistan, he was advised to always sit in small chairs in hotel lobbies, so that he could hide underneath in case there was an explosion. And when I was in Bangladesh, its capital city Dhaka was gripped with political protests in which several people died, and investors had to hire ambulances in which to hide and move across town. So if you have an Indiana Jones streak in you, welcome to The Temple of Frontier.