This New Gadget Prevents Your House From Burning Down 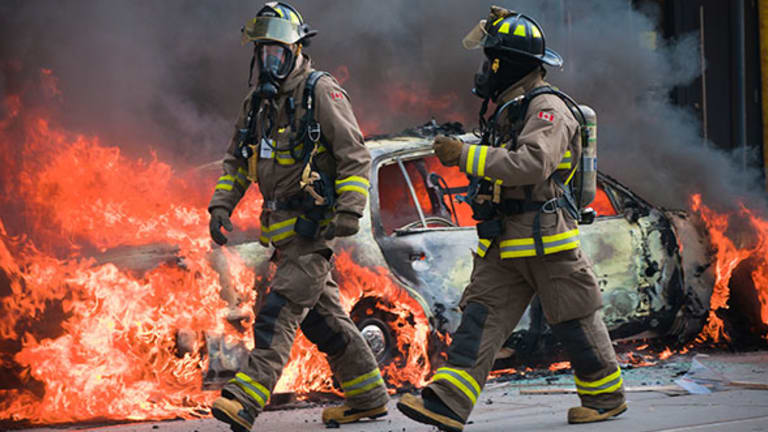 If the Talking Heads were to re-record their 1983 hit single, “Burning Down the House,” they would need to update the lyrics to “The house never burned down.”

That’s because an increasing number of homeowners are getting smarter about home protection by connecting their appliances to each other. In technology parlance, this is known as the “Internet of Things” (IOT), a network of physical gadgets and objects that communicate with each other, so that they can be monitored and remotely controlled. According to Gartner, 4.9 billion “things” are likely already connected, and by 2020, there will be 25 billion. Several start-ups are looking to capitalize on the opportunity.

One of these firms is Leeo. CEO Adam Gettings started the company for a deeply personal reason: A friend’s house burned down due to an electrical fire, and everything was lost — including three cats. Gettings believed that the damage could have been prevented, if only someone could have heard the alarms. A veteran of the robotics space, Gettings set out to create Leeo.

His company recently rolled out its Smart Alert gadget, which is plug-and-play and easy to use. Take it out of the box and plug into an electrical socket. It is equipped with microphones and sensors that listen to the frequency of your home’s smoke and carbon monoxide alarms. The device, which is connected to the Internet via your Wi-Fi network, will call your phone and send an alert with the number for first responders if there’s a problem. And if you don’t pick up, it will automatically notify an emergency contact. It also illuminates to act as a night light. It has a clean design and is easy to use but only comes in one color (white). You should check to see if it works with your home decor — and your existing home alarm — just to be safe.

The simplicity of the use-case belies the complexity of the technology.

“The science is mostly in the algorithms that detect machine sounds reliably. This means with echoes, in all kids of environments, with multiple alarm sounds,” wrote Gettings in an email.

Indeed, it’s important for the technology to work soundly, because a faulty device could be the difference between life and death. Gettings assures that every product is tested before it is shipped, and that his firm is committed to a “substantial” research and development effort to add future functionality to the product.

The Smart Alert isn’t the only home safety gadget. Nest, which was acquired by Google, makes protective devices for the home. An Israeli firm, Dojo-Labs, makes a product that prevents cyber intrusions into your home network.

The competition is strong because the stakes are high. One estimate is that IoT devices will generate $344 billion in revenue. Over $1 billion in venture capital funding has poured into the space in recent years, which is 46% higher than the 7% growth found in other sectors. IoT will likely disrupt companies that aren’t as technologically savvy, too: Leeo might one day replace the firm that makes your smoke detector and provides your home intrusion system.

As an equity market investor, there aren’t many pure play investing opportunities. IoT firms tend to be start-ups or part of larger enterprises, and consequently, don’t make a significant impact their parent company’s bottom line. But if you want to get more exposed to the IoT opportunity, you don’t have to burn down the house. Plug your home into the gadgets of the future.