The only 3 times to use emojis in office emails 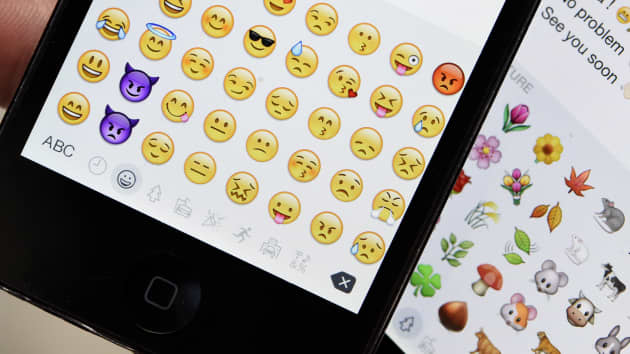 Emojis have become part and parcel of how we communicate with friends and families. We don’t think twice when sending a smiley or frowney face to those with whom we are closest.

These cute images add emotion, humor, and meaning to messages. They are the spice in otherwise bland text-based communication. But when it comes to writing emails to colleagues, it’s not such a good idea to use emojis.

When you add a smiley emoji to a message, your recipient may not see you as warmer or more optimistic. Rather, you might be sending the message that you aren’t serious or competent.

In a recent study, researchers found those who read messages with smiley emojis rated the senders as less competent. “Perceptions of low competence in turn undermined information sharing,” conclude the authors of the study.

Yet 76 percent of Americans use emojis such as a happy face, thumbs up, and winking face in their professional communications.

Here are a few times when it might be a good idea to use emojis in work emails:

1. When you’re trying to diffuse a situation

During a stressful situation — for example, you and your colleagues are racing to meet a deadline — adding a smiley face to an email can help you inject some much-needed levity.

After there’s been an argument or debate, an email with a smiley face may show an aggrieved party that they’re not alone and that you understand what they’re going through.

When we engage in quick, back-and-forth email communications with colleagues, email starts to resemble more of an instant chat.

It’s ok to add emojis to these staccato communiques because these emails aren’t intended to be official declarations. For example, “Where are going to lunch? :-)”

3. When you’re trying to make someone feel welcome

When a new hire enters the office, they will have to learn the norms and traditions of the workplace.

When you send them an email with an emoji, it will help them see you as a friend, or as someone who is not a stickler for the rules. By using a smiley face, you are saying, “I am approachable.”