Republicans Cruz and Paul Want to Take U.S. Back to 1971 When It Comes to Gold, Fed 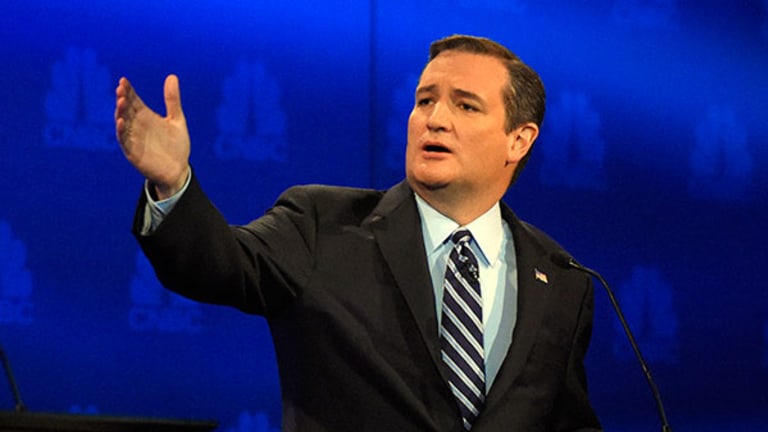 Welcome to the year 1971. The twenty-sixth amendment to the U.S. Constitution was ratified, which lowered the voting age to 18 from 21. The NASDAQ Exchange was opened. Some of the top songs on the Billboard 100 were the Bee Gees’ “How You Can Mend a Broken Heart” and Isaac Hayes’ “Theme from Shaft,” (can you dig it?).

It was also the same year that President Richard Nixon announced to the nation in a televised address before the hit show Bonanza, that the dollar would no longer be convertible to gold. Nixon couched his remarks in patriotism, saying that the dollar would retain its value. Instead, the dollar has declined precipitously since it was unhooked from the metal anchor of gold. Nixon’s decision helped bring about the eventual end of the Bretton Woods monetary system.

During the CNBC Republican Presidential debate Wednesday, Senators Ted Cruz and Rand Paul argued for more oversight of the Federal Reserve. “I’ve got deep concerns about the Fed. The first thing we ought to do is audit the Fed,” Cruz said.”We need … to end this Star Chamber that has been engaging in this incredible experiment called quantitative easing.”

The Texas Senator went on to lambaste the Fed for trying to “goose the economy.” Then, he said, with echoes of 1971 sounding in careful listeners’ ears that the Fed should be focused on “sound money … ideally tied to gold.”

Paul chimed in with his desire to audit the Fed. He’s already been partly successful at seeing his ideas put into action. The Fed was indeed audited by the Government Accountability Office, which found that employees had investments in companies that they were supposedly overseeing or receiving help from the Fed. Another controversial finding was that the Fed had sent payments to banks in China and Europe. Paul considers this a victory for transparency and disclosure and believes there should be a regular drumbeat for more Fed audits.