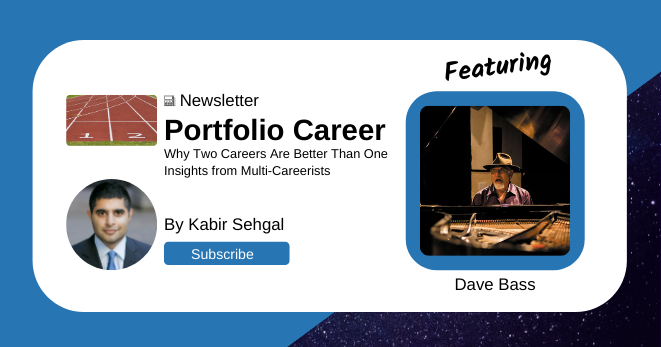 Meet Dave Bass. He is a highly acclaimed jazz pianist and bandleader whose music will envelop you with adroit arrangements and enchanting solos. He is an incredible artist who has also been a distinguished lawyer. That Bass has thrived as a lawyer and musician shows his intellectual breadth.

“The motivation was necessity.

I was a full-time musician subsequent to high school, among other gigs, touring the world with Brenda Lee. In the mid-1980’s (when I was in my mid-30’s) I fractured my wrist and could no longer play. Because I liked to read (still do) and argue (not now) I thought I’d make a good lawyer. I learned that I needed a B.A. to get into a good law school. I graduated from University of California, Irvine Summa Cum Laude and Phi Beta Kappa at 39. At 42, I graduated from UCLA School of Law, having been an editor on the Law Review. I didn’t play from the mid-1980’s until I returned to the world of music around 2004. I only had two careers from around 2004 to 2015. In 2015, I retired from the law to devote myself to music – once again.”

At 42, I graduated from UCLA School of Law, having been an editor on the Law Review.

“If you’re a pianist, don’t fracture your wrist. More seriously, make sure there’s a good reason for having two careers. There are many well-known examples of artists having simultaneous careers. Wallace Stevens, Denny Zeitlin, and Charles Ives come to mind. Check out their stories.”

“Life as a musician is satisfying to the soul but insecure financially. Having a second career that provides financial security is no small thing. Both the law and music are about communication and persuasion and to that extent there was cross-pollination. In the law, you communicate to persuade a judge or jury to reach a particular result. In music, of course, it’s less concrete, but you still seek to capture the full attention of the listener and have the listener reach an emotional state. Both the law and music require intense discipline. The disciplines in each overlap; mastering one surely helps the other.”

“This was a perpetual challenge. I remember taking my younger daughter (when she was very young) to my law office on a weekend and giving her pink highlighters so she could paint my shoes (and leave me in peace) while I worked on a legal brief.”

On sharing with colleagues about your other career

“When I re-entered the world of music, my legal career had been going for over 20 years and I was a Deputy Attorney General. For the first few years that I was back into music, I kept it pretty quiet around the office. Little by little, I began to let the cat out of the bag. Once I received the following letter from my boss, Kamala Harris, all bets were off.”

A Day In the Life

“Back when I had two active careers going, no day was typical. I was a single father (shared custody) of two daughters when the younger one was between about 8 and 18. While I was an attorney in private practice, the demands on my time were often extraordinary. One reason I moved to the Attorney General’s Office was so that I could have a bit more control of my time – and I did. Nevertheless, I often felt like those jugglers/acrobats on the Ed Sullivan show that kept several plates spinning on poles at once as they leapt about the stage – usually to Katchaturian’s Sabre Dance! Now I’m peacefully in the world of music and only hear the Sabre Dance when I listen to Spike Jones’ version of Pagliacci!”

Overcoming the Stigma of Having Many Careers

“I graduated from law school when I was 42. Many attorneys – and others – were skeptical of my ability to become a successful attorney at that age, especially after learning I had been a musician with a very different lifestyle than my attorney colleagues. Some musicians that have known me only in my post-attorney musical career are skeptical of my validity as a musician. I simply ignore skeptics.”

Where to find Dave Bass