Peru Escapes Demotion to ‘Frontier Market’ — What Peru Stocks Should You Buy? 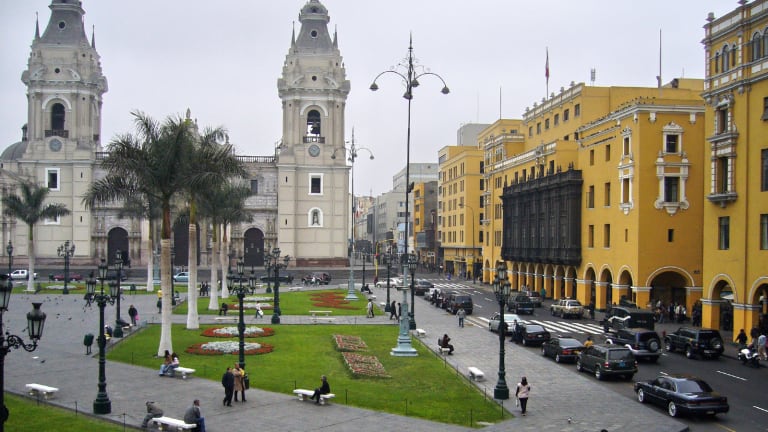 Peru’s stock exchange has avoided being demoted to frontier-market status for the time being, but it’s not out of the woods yet.

Morgan Stanley Capital International, which manages the MSCI Emerging Market Index, this week decided to continue classifying the South American nation as an emerging market. But Peru must boost the liquidity of its stock exchange by June 2016 to avoid getting reclassified later. Such a move is not just about a name change, either. It would have a real impact on the price of Peruvian stocks, because it would put them off-limits for emerging-market mutual funds and exchange-traded funds.

MSCI had announced in August that it was considering a demotion now. The key concern was the lack of liquidity in Peru’s market, which has only $23 billion of free-float market capitalization. That compares with $242 billion in Mexico.

Peruvian market officials and policymakers have already pledged that they will take necessary measures to stave off a future downgrade. They have already proposed eliminating a capital gains tax to attract inflows.

Despite the “good” news, Peru still remains a cautionary tale. Commodities make up more than 60% of its exports. And because commodities, particularly copper, have steadily declined, the Peruvian stock market has declined considerably. Without a meaningful increase in commodity prices, Peru’s market will remain sluggish.

In the meantime, however, there is a U.S.-listed stock of a Peruvian company that is worth considering: Credicorp (BAP). This is a large Peruvian financial conglomerate. It has several business lines, including investment banking, commercial banking, asset management and insurance.

Now that Peru has maintained its emerging-market position — at least until next June — investors will presumably refocus on Credicorp’s fundamentals: healthy earnings (although it does have a high local-currency-loan-to-deposit ratio) that justify a higher share price. Recently, Morgan Stanley upgraded the stock to a buy.