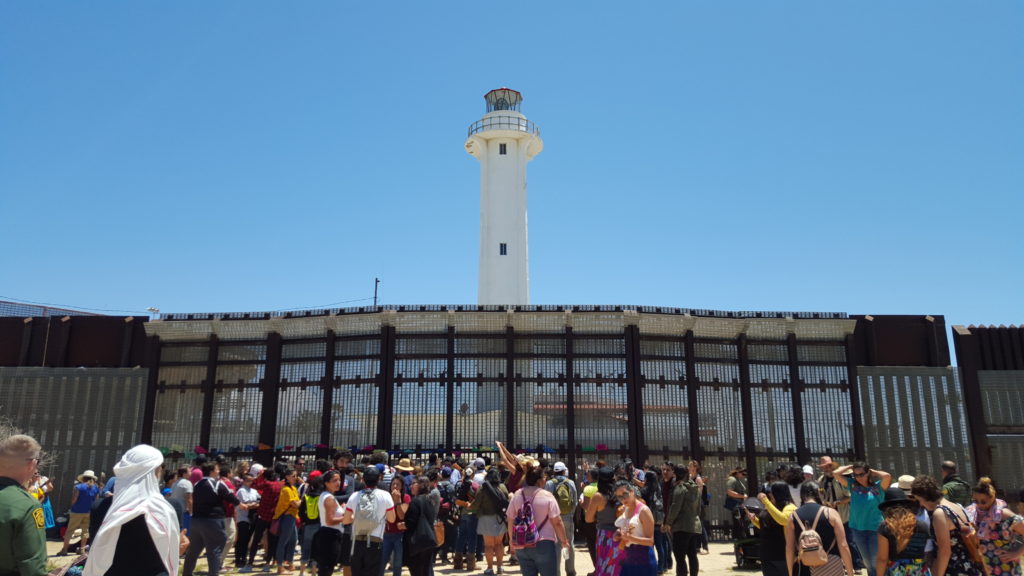 The world now knows what Donald Trump has long understood — Mexico isn’t going to pay for his proposed border wall.

A phone conversation between Trump and Mexican President Enrique Peña Nieto leaked, in which the U.S. president admitted that he’s in a political bind, “because I have to have Mexico pay for the wall.” He admonished Nieto not so say, “we will not pay” but instead “we will work it out.” Nieto rightfully pushed back, not falling for Trump’s wheedling or bullying.

First, the enhanced border wall may result in a trade war that would negatively affect U.S. consumers. Mexico is the third-largest trading partner of the United States. American businesses export $231 billion in goods to Mexico annually, and the overall trade number is $525 billion, which represents 14% of America’s total trade volume.

Enhancing the already-existing 653-mile border wall will antagonize Mexico and chill the relationship with our southern neighbor. It’s foolish to think Mexico won’t retaliate. Mexico buys 28% of U.S. corn exports, and there are already calls in Mexico to boycott these American goods. Such an embargo would negatively affect Midwestern farmers, some of whom comprise Trump’s base of support. Trump says his border wall is meant to stem illegal immigration, but the number of illegal immigrants from Mexico living in the U.S. has fallen by 1 million since 2007.

Second, the cost of the wall could range between $8 billion and $40 billion. While Trump has played down the costs, his own Department of Homeland Security estimates the wall would cost just over $20 billion, and a separate MIT study pegged the cost for concrete at $8.7 billion alone.

Because Mexico refuses to pay for the wall, Trump has two options: (1) force Mexico to pay by leveraging the Patriot Act to recoup remittances (or other draconian measures), which would make it difficult for immigrants to send money to their families, (2) make the American taxpayer pay for it.

Trump administration officials have already floated the idea of a tariff on Mexican goods — but that’s a tax that U.S. consumers would have to pay. Already, Trump’s budget requests $2.6 billion for the first phase designing the wall. Trump is trying to get the American tax payer to pay for something that they don’t want: 62% don’t support the wall, according to the Pew Research Center. Every businessperson knows it’s not wise to have your customers pay for something that they don’t want.

Third, the border wall would be ruinous for the environment. The border is home to many native animals, insects, and plants. While U.S. agencies must undergo environmental assessments, they can also seek waivers from environmental regulations. That’s just what Trump’s Department of Homeland Security has done, seeking a waiver for a stretch of land near San Diego. In Texas, Trump’s border wall might prevent butterflies from migrating, and it would slash through a wildlife refuge. The Army Corps of Engineers is considering building a levee that would further place stresses on the habit for indigenous wildlife.

By building a wall, Trump would cut into America’s natural beauty and wildlife. It’s a far cry from the agenda of fellow Republican President Theodore Roosevelt, who believed that America’s environment is one of our country’s greatest assets.

We believe in Theodore Roosevelt’s vision of America, that we should cherish the diversity of our natural habitat. We further believe that what makes America remarkable is that our people exhibit cognitive and cultural diversity. Trump’s wall would dampen this diversity, and it must be resisted. Our new book and album Home: Where Everyone is Welcome, inspired by American immigrants such as Mexican-American writer Reyna Grande, is part of the resistance. It makes the case that America is at its best when it’s building bridges, not walls.

[This article was also published in MarketWatch]
Article is by Deepak Chopra, Kabir Sehgal, Paul Avgerinos

Deepak Chopra is the founder of The Chopra Foundation, co-founder of The Chopra Center for Wellbeing, and a pioneer in integrative medicine and personal transformation. Kabir Sehgal is a New York Times bestselling author, multi-Grammy Award winner, and U.S. Navy veteran. Paul Avgerinos is a Grammy Award winning artist. Chopra, Sehgal, and Avgerinos created Home: Where Everyone is Welcome, a book of poems and album inspired by American immigrants.