Sometimes you come across a production that makes you fundamentally rethink an artist or band. That’s what Timoner has done with his Jerry’s Smilin’. He has created a window for new audiences and generations to discover The Grateful Dead’s music. On a personal note, I have started listening to their music more intently after collaborating with Timoner on his release. 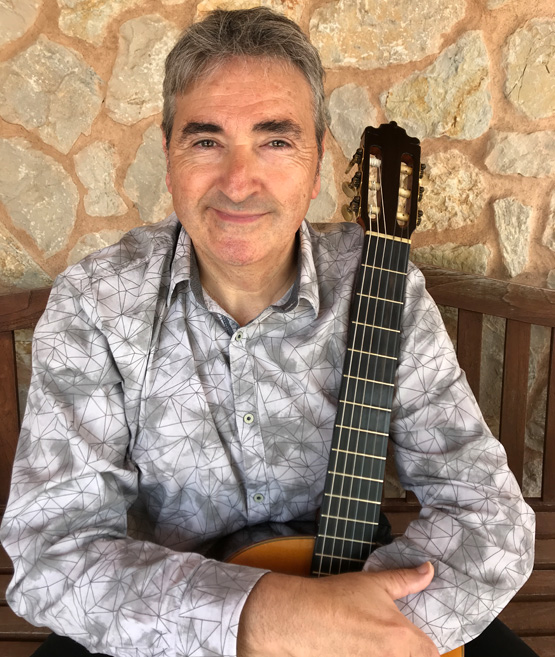 In selecting the repertoire, Timoner wanted to feature pieces by different composers who had been in the band across several decades. The album begins with Brown-eyed Women and Ramble On Rose which are on the live 3 LP set Europe ’72. Timoner changed the key of the first song so he could perform it with more freedom and range. And for “Ramble,” Timoner drew inspiration from the lyrics of Robert Hunter. Timoner lowered the pitch of the 6th (E) string to give the piece more depth and resonance.

Timoner based his rendition of “Cassidy” from the 1981 acoustic live album Reckoning. Here too, he lowered the 6th and 5th (A) strings for more depth and used a capo to allow for more facility and freedom. Built to Last is the title track of the last studio album by The Grateful Dead from 1989. It’s a hopeful and optimistic piece that celebrates what the band had achieved in its decades-long run.

“Lady with a Fan” and “Terrapin Station” are the first two songs of a 7-movement suite named “Terrapin”, forming all of side two of the LP Terrapin Station, released by the Grateful Dead in 1977. It features wind instruments and a chorus. “It was amazing,” said Timoner. In this rendition, Timoner performs it in the original key flawlessly and with grace. Blow Away, a Brent Mydland tune, also from 1989’s final Grateful Dead studio album Built to Last, features lyrics by John Barlow and has a strong, rock vibe. Timoner moves nimbly across the fretboard to channel the fortitude of this number.

His rendition of “Loser” is based on the live Dead Set of 1981, with its melancholic feel which invokes a nocturnal theme. Of course, Timoner had to include a piece by Ron “Pigpen” McKernan and therefore chose “Operator” from the 1970 album American Beauty. It’s a bluesy and feel-good selection with a catchy riff and rhythm.

“Dark Star” is the piece that got Timoner hooked on the band. The original version features psychedelic sounds of Jerry Garcia’s guitar. “It made my imagination fly,” said Timoner. This rendition is based on the band’s first recorded version recorded live at San Francisco’s Fillmore West in 1969. In this piece, we hear Timoner excel as a soloist, as he improvises during the middle section.

The final selection “Touch of Grey” comes from the 1987 album In the Dark. This rock piece is about can-do optimism and self-improvement. The lyrics “I will get by / I will survive” are an important and encouraging message to hear these days.

Timoner has delivered a terrific and triumphant tribute album to The Grateful Dead. It’s a one-of-kind production that combines iconic songs of deep resonance for an entire generation of rock fans with a brilliant acoustic guitarist of renown. This is a beautiful and buoyant pairing that should make not only “Jerry smilin’.”