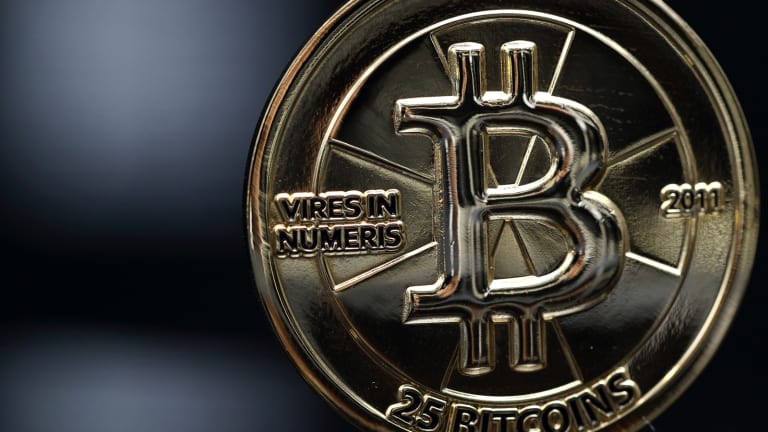 Believe it or not, bitcoin is reshaping how we think about foreign policy, not just economic policy. After all, in our globalized world, economic policy is foreign policy. Decisions made by the Federal Reserve have consequences for other countries, for instance. But with institutions experimenting with the cryptocurrency, it raises an intriguing question: How can bitcoin influence foreign policy?

Bitcoin could be used by governments to incentivize and finance cyber attacks. A defense policy expert at the Council on Foreign Relations suggests that the U.S. should make anonymous bitcoin payments to “hacktivists” so that they train their attention on enemy groups.

On first blush, it sounds like a half-baked idea: trying to herd and guide a loose coterie of hackers towards a foreign policy goal. But the thought experiment deserves points for creativity. Implementing such an idea would require a non-profit organization, funded partly by the U.S., which makes bitcoin payments to hackers who wreak havoc on social media accounts and technology platforms that belong to the enemy.

“These paid volunteers could also harass…[the enemy]…with phishing and distributed denial of service (DDoS) attacks — the bread and butter of today’s online vigilantes,” writes the policy expert. These hackers would want to be paid in bitcoin, which is more difficult to trace.

Of course, using bitcoin in this manner cuts both ways. Enemy states and non-state actors could also whip up legions of hackers, and pay them using bitcoin. Nevertheless, bitcoin may become part of a nation’s foreign policy toolkit.

A Currency to Attract Tourists

Suffering through an economic crisis, Greece needs more revenue. Historically, tourism has provided as much as 25% of Greece’s income. But because of the crisis, and despite the resulting lower prices, many tourists have canceled their trips.

To lure tourists to Greece, U.S.-based investment adviser Brian Kelly has floated bitcoin as a solution. Because of the Greek bank holiday (which is over), it was difficult for citizens and tourists to withdraw funds. He is creating a parallel currency known as Nautiluscoin, based on bitcoin technology, which he believes will calm concerns about traveling to Greece. The Greek island of Agistri will pilot the currency later this year.

Here’s how it works:

2. Each transaction generates a fee that goes toward a fund that buys gold that stabilizes the price of the currency. A stable currency that maintains its purchasing power should attract merchants and tourists, according to Kelly.

“This currency isn’t going to solve the Greek debt problem,” Kelly said on a phone call. “But it will assure tourists that they can buy items without worry.”

Whether his cryptocurrency will succeed remains to be seen. But this innovative example should be instructive to Greek policy makers who are debating whether to leave the euro and “deflate and reflate” a new currency. They could create a separate currency, à la Nautiluscoin or Switzerland’s WIR, in order to retain local control over their money. The WIR was created during in the 1930s because of a currency crisis, and it still serves as a currency that facilitates business transactions.

Greek officials would be wise to consider how to use alternative currencies to boost commerce and attract tourists, while also honoring their international commitments and advancing their foreign policy goals.

Is Bitcoin a Threat to the Nation State?

In their enlightening The Age of Cryptocurrencies, Michael Casey and Paul Vigna consider numerous ways in which bitcoin could re-shape the global economic order — from many countries issuing their own cryptocurrencies to a new Bretton Woods agreement that would establish rules for such a system.

In their book, the gold standard on cryptocurrencies, they insist that the proliferation of bitcoin will leave governments with less power, that may eventually call into question the significance of the nation state. “If…cryptocurrency were to rise to such global dominance that it poured across borders and challenged national currencies, states would see it as a threat,” they write.

“There’s a wave of decentralizing technologies that’s smudging the lines of the nation state. Bitcoin is one of these technologies,” Vigna said over the phone. People use social media to organize and identify based on personal interests, not just according to their nationality. In the future, these online clusters of people could use bitcoin to transact, or even issue their own currencies, which might mean lost tax revenues for governments — and therefore fewer resources for the state and a less ambitious foreign policy agenda.

A guiding principle of foreign policy is to do what’s in the best interest of the nation. In the case of bitcoin, it’s both a weapon and a curse.

Kabir Sehgal is the author of New York Times bestseller Coined: The Rich Life of Money And How Its History Has Shaped Us. Follow him on Facebook and Twitter.