Google’s name change could be good for its stock 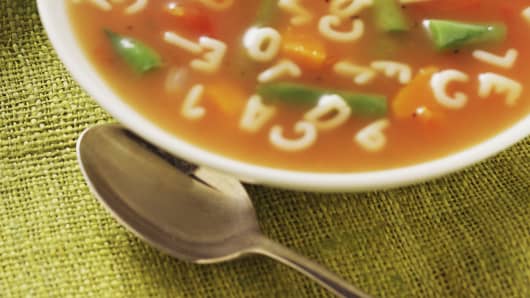 Boosting Alphabet’s stock price was as easy as A-B-C.

Let’s look at how the alphabet can spell success or failure for a stock.

First, a company’s name should roll off the tongue. In a Princeton study, researchers tested the link between pronounce-ability and performance by examining IPOs on the New York Stock Exchange and American Stock Exchange. They discovered that stocks that were more “fluent,” or easier to pronounce, performed better in the days after an IPO. For example, a $1,000 investment in 10 stocks with “fluent” names yielded $333 more than investing in 10 stocks with “disfluent” names. These findings make sense when you consider that, during an IPO, investors don’t know as much about the company, so the name of the company may influence whether investors choose to buy in the short run.

Second, it also helps if a firm’s stock ticker is easy to pronounce. The same Princeton researchers considered over 700 stock tickers, coding them as easy to read like KAR and difficult to pronounce like RDO. Again, they found that stocks with tickers that were more readable performed better in the days after an IPO.

Third, a company should have a clear, memorable, creative ticker like Southwest’s “LUV” and Cheesecake Factory’s “CAKE.” In a comprehensive study that examined data from 1984 to 2005, researchers at Pomona College created a portfolio of about 25 stocks with clever tickers and found that it delivered 23.5 percent in compounded annual returns, outperforming the 12 percent returned by a portfolio that didn’t include clever tickers. And it should go without saying that confusing tickers should be avoided. For example, one study found a correlation in share price movement between Massmutual (its ticker was MCI on the NYSE) and MCI Communications (which was MCIC on the Nasdaq). These companies weren’t related but their stock tickers were similar and probably confused investors.

It’s not only the name of a stock that matters but also that of the stock picker. In a study of nearly 5,000 mutual funds, researchers at the University of Miami, University of Mannheim and Tilburg University found that U.S. mutual-fund managers with foreign-sounding names saw 10 percent lower capital inflows than those with more traditionally American-sounding names. After September 11, 2001 and the Boston Marathon bombings, fund managers with Middle Eastern names experienced more material outflows versus their peers, which means that these managers are losing about $130,000 in fees annually. One of the authors of the report says, “I believe this is one of the first papers to show that discrimination matters in financial markets.”

All these studies show that the re-arranging the alphabet can have significant impact on price performance. The findings also illustrate that investors aren’t wholly logical, rational actors but make investment decisions guided by mental shortcuts: The more easily you can remember a stock ticker or pronounce the name of a company, the more likely you might invest in it. “These findings contribute to the notion that psychology has a great deal to contribute to economic theory,” says one of the Princeton researchers.

By adopting a new name, Google is embracing the power and psychology of the alphabet.

Commentary by Kabir Sehgal, author of the New York Times best seller “Coined: The Rich Life of Money And How Its History Has Shaped Us.” He is a former vice president at JPMorgan and Grammy-winning producer. Follow him on Twitter @kabirsehgal