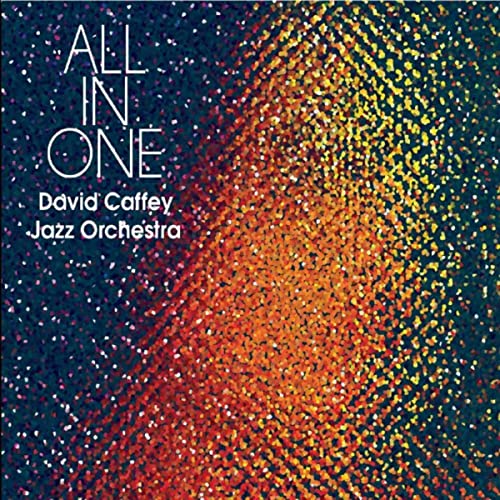 All In One
David Caffey

The recent turn to anti-immigrant sentiments and policies is a troubling development in the history of our great nation. Almost every week in 2018 brings news of family separations at the US-Mexico border, the plight of undocumented young Americans known as “Dreamers,” or the tweetstorm demonization of those who aren’t from our country.

But, then again, America has a checkered history when it comes to foreigners. From the anti-immigrant laws of the 1880s, which disallowed Chinese workers, to those of the 1930s that resulted in the deportation of thousands of Mexicans, several US policies have shunned foreigners. What makes these measures so disturbing is that America is composed mostly of immigrants and their descendants, as well as those whose ancestors were African slaves. Every generation faces the anti-immigrant scourge, so America is always in need for those to speak up and out on behalf of others.

Immigrants are why the United States became and remains a great country,” said David Caffey, a revered bandleader, conductor, composer, and arranger. Wanting to do something about the current climate, maestro Caffey turned to what he knows best – creating music. This time, his music addresses the anti-immigrant movement by opening up hearts and minds to the contributions of immigrants to American society. By tackling this political and sensitive issue, Caffey has done something incredibly important – making a timely and timeless soundtrack. In this profound work All Is One, he not only laments how Americans have overlooked the contributions of immigrants (while also celebrating their musical accomplishments), he writes brilliant and luminescent music inspired by his own immigrant roots.

That someone of Caffey’s high musical caliber has created such a project speaks to the importance and weight of this topic. Caffey has a long and lofty reputation, as his music has been featured on big band recordings stretching back to 1979. His musical works have also been performed by top notch bands, which have toured the US, Europe, and Asia. Through his travels and that of his music, he has realized the wisdom to treat people with respect and dignity. Or to put it another way, “All In One.” Moreover, Caffey is an educator, who has served in leadership organizations with several jazz organizations. Most recently, he retired after an impressive career at the University of Northern Colorado, where he was the Director of the School of Music from 2005 to 2013. Now that he has moved to Southern California, Caffey will surely be creating more music for all of us to enjoy, like All In One.

This album isn’t just a record. It’s a musical avowal for the melting pot diversity of America. The four piece “All Is One” suite begins with “Shades of Blue.” With a rich blues progression and colorful harmonies, this tune is a recognition that the virgin music of America came from African slaves. “Much of American jazz and popular music has a direct lineage from the blues,” said Caffey. “This song is meant as a tribute to this enduring form and style of music.” Instead of the traditional A-A-B-A form, it employs a more direct A-B-A one. The piece features terrific solos by Steve Kovalcheck (guitar), Jim White (drums), Peter Sommer (tenor sax). When the saxes perform their soli, it’s a reminder that we all need to listen to each other and work together.

The second movement “Goodbye” is a stirring number that is inspired by Caffey’s father-in-law, Arvid Ephraim Larson, who came to the US from Sweden in 1910 when he was just twelve. Young Larson traveled by himself and waited in Ellis Island for two weeks for his sister to pick him up from Texas. “I found myself thinking about his mother. I wonder how she felt when she said goodbye to him, knowing that she might never see him again,” observed Caffey. Indeed, this song with a single saxophone crying out over the band renders a feeling of solemnity and solitude that immigrants must endure as they move to a foreign land and adopt a new home.

The third movement “Dreams” is a reference to what Caffey believes motivates many to move to the US: “Perhaps it’s a dream of being free from tyranny, war, religious intolerance, economic disaster,” he said. Caffey’s son-in-law’s parents came to the US from Mexico some forty-five years ago so they would have a better future for their unborn children. Indeed, their children have five university degrees, two are teachers, and one is a nurse in a children’s hospital. You can hear the hope in this song as the soloists Dana Landry (piano) and Mike Conrad (trombone) sound bright and buoyant as the band grooves along without compunction.

The suite concludes with “Celebration,” which is a salute to diversity. With its feel good, get-up tempo, we hear the tantalizing solos of Kenyon Brenner (tenor sax), Brad Goode (trumpet), and Jim White (drums) who bring this all-aboard celebration home.

“Carnival Night” is a journey to another time and another place. Caffey wrote this song in 1977 and updated it in 2017. It was inspired by his time performing in a college band that toured through Mexico, which culminated in final performance in Veracruz, a coastal state. After playing a few concerts, the band finished at five o’clock in the morning. Caffey saw several members playing the marimba. So, this tune includes two performers on the marimba, and it features the solos of Peter Sommer (tenor saxophone) and Greg Gisbert (trumpet).

“Shawtime” is a piece that is based on the chord progression of Woody Shaw’s classic “Moontrane.” There is a deft juxtaposition of two trumpet solos, who sound as if they’re competing with each other. Perhaps Caffey is evoking the competitive and resilient spirit that immigrants have displayed, as they’ve the scaled greatest heights in America. “Diversions” showcases Caffey’s dazzling ability to orchestrate, to pull musical threads, and to weave a sonic and soulful tapestry. Soloists Dana Landry (piano) and Wil Swindler (soprano saxophone) are featured. The album concludes with “Come On In Tenors” an up-tempo battle between tenor saxophone soloists Kenyon Brenner and Peter Sommer over a minor blues progression.

Maestro Caffey has delivered an outstanding production that will get us not only tapping our toes but standing on our feet in support of a just cause – supporting immigrants.