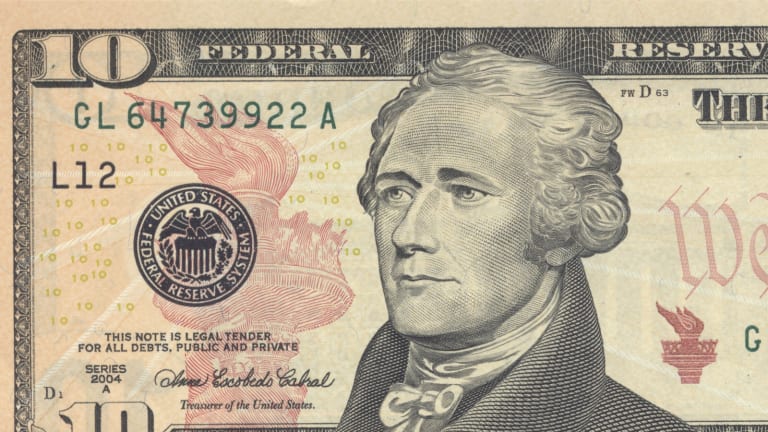 Everyone has an opinion as to which woman should be on the new ten dollar bill. During the last republican presidential debate, Senator Ted Cruz suggested Rosa Parks should be selected, and Jeb Bush supported Margaret Thatcher.

In fact, the U.S. Treasury has received more than one million “inputs” from citizens. I was one of them. Earlier this summer, I spoke with Rosie Rios, the United States Treasurer, regarding who I thought should be on the new ten dollar bill. While I still think the Treasury will select Harriet Tubman, Eleanor Roosevelt, or Rosa Parks, here are three unconventional and deserving candidates that have been considered:

1. The Queen of Code: Grace Hopper

Known as the “Queen of Code” or “Amazing Grace,” Grace Hopper was a computer scientist who served as a rear admiral in the U.S. Navy. She received her Ph.D. in mathematics from Yale University and began her career as a professor at her undergraduate alma mater Vassar College. She joined the U.S. Navy Reserve during World War II, in 1943, because she felt a deep urge to serve her country.

During the war, she became one of the first programmers of the Mark I, an early computer. In fact, while she was trying to repair the computer, she discovered a moth, which she removed, and thus originated the term “computer bug.” She also helped originate one of the first computer languages known as FLOW-MATIC that was used by businesses to write applications meant for payroll functions, for example.

She was featured in a Google doodle and even appeared on Late Night with David Letterman (worth watching, what gravitas). Having her featured on the new ten dollar bill, a woman in science and the military, would be entirely fitting.

She was known as the “First Lady of Finance,” as the first woman to own a seat on the New York Stock Exchange, which she bought in 1967. She started her own discount brokerage, Muriel Siebert & Co in the same year. She served as the banking superintendent in 1977, under Governor Hugh Carey. She listed her company in 1996 and wrote an autobiography, Changing the Rules: Adventure of a Wall Street Maverick.

Considering women comprise less than 5% of the CEOs of Fortune 500 companies, featuring a prominent woman in business on the new ten dollar bill would send and important and necessary message that women are integral to business in America.

Recipient of the 1983 Nobel Prize for Physiology or Medicine, Barbara McClintock was a prominent scientist whose research discoveries created new pathways in genetics. A graduate of Cornell University, she spent her career studying the genetics of corn (maize), which enabled her to realize that chromosomes were foundational to genetics, a view that was ahead of her times. “Genetics as a discipline had not yet received general acceptance,” she said. “There was reluctance on the part of some professional biologists to accept the revolutionary concepts that were surfacing.”

Featuring her on the bill would emphasize the importance and need for more women in science, especially as women are underrepresented in scientific fields.